FOX Entertainment and Blockchain reveal The MaskVerse | Infrastructure | News | Rapid TV News
By continuing to use this site you consent to the use of cookies on your device as described in our privacy policy unless you have disabled them. You can change your cookie settings at any time but parts of our site will not function correctly without them. [Close]

FOX Entertainment and Blockchain Creative Labs have launched The MaskVerse, a non-fungible token (NFT) marketplace and community for the hit entertainment show The Masked Singer. 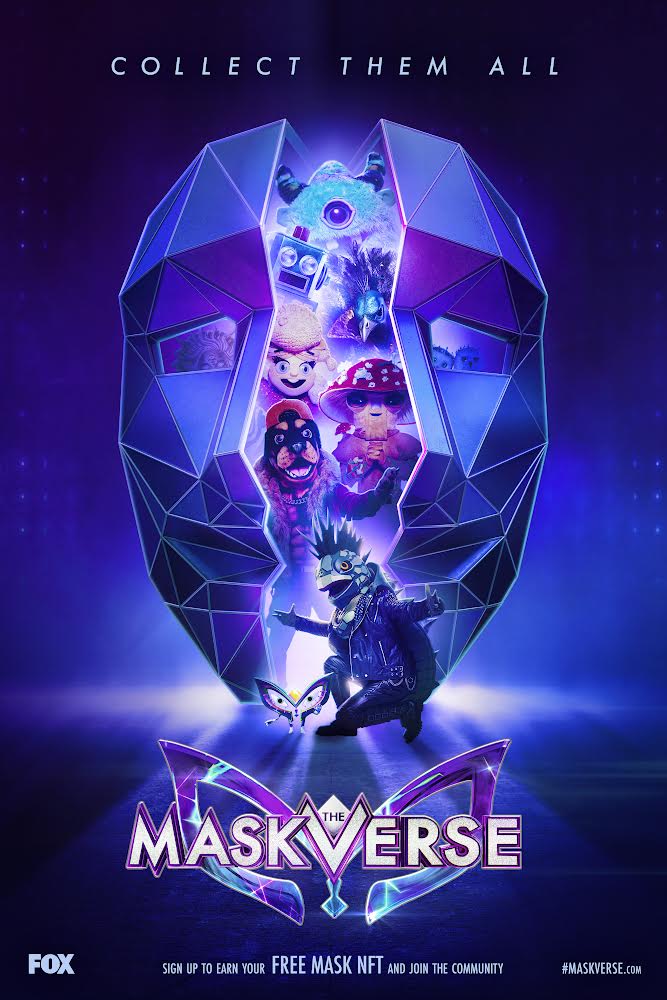 The MaskVerse marketplace for digital collectables and a game will be powered by Eluvio’s eco-friendly blockchain. It is designed to make buying, selling and trading of digital The Masked Singer goods more accessible and intuitive to mainstream consumers, while adhering to technical principles important to crypto enthusiasts.

The MaskVerse will enable The Masked Singer fans to build their own collection of limited-edition digital masks for every character from all six seasons of the series to unlock surprises and exclusive giveaways.

It will be rolled out in multiple stages; initially fans and collectors will be able to claim a free NFT of Miss Masky, the show’s digital mascot that appears both on-air and across social media. Throughout the season, The MaskVerse will release Mask Packs that include character cards from the show and will unlock a marketplace for fans to purchase and sell cards to complete their sets, as well as additional premium and unique digital merchandise.

Starting next month, fans will be able to play a voting game to predict which characters will be eliminated in each of the season’s final six episodes, to win the opportunity to buy Gold Mask packs that, when they complete a full collection, will have access to exclusive prizes and gain status.

To participate in The MaskVerse’s NFT drops, fans will first create a secure digital media wallet, through Eluvio, that will act as a digital vault and enable them  to seamlessly purchase NFTs via credit cards or cryptocurrencies. It also will allow fans to trade or resell their cards to build full collections and transfer NFTs to third-party wallets that are interoperable with Ethereum standards. They will also be able to participate in exclusive Discord communities that will be managed via token-gate access by Blockchain Creative Labs’ community partner, Collab.Land.

The new episodes of The Masked Singer air on Wednesdays on FOX and, after their linear telecast, become available on Hulu, VOD and FOX Entertainment’s free streaming service, Tubi.