Netgem inks supply deal for TalkTalk | Infrastructure | News | Rapid TV News
By continuing to use this site you consent to the use of cookies on your device as described in our privacy policy unless you have disabled them. You can change your cookie settings at any time but parts of our site will not function correctly without them. [Close]

Continuing its current momentum, IPTV and telco TV firm Netgem has announced a new contract with leading UK ISP TalkTalk Group to supply its NetgemTV multiscreen operated entertainment platform, for the launch of the next generation TalkTalk 4K TV service. 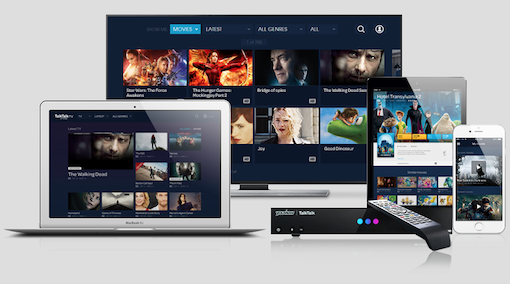 TalkTalk describes itself as “the UK's leading provider of affordable, reliable, fair and accessible broadband connectivity,” and operates an unbundled network, covering 96% of the UK population to 4.2 million connected premises. With 2.4 million Superfast Broadband customers already, TalkTalk says that it intends to be at the heart of Britain's plans for full-fibre and as part of its ambition it says that it needs to offer “the best user experience for connected TV and streaming entertainment.”

The new contract is constructed to generate recurring revenues as early as fiscal year 2021. It will be delivered under Netgem’s Content-as-a-Service business model which is designed to bring TV services for operators. The model is designed to allow a fast time to market for ISPs and a frictionless “end to end” operating model whilst making sure viewers enjoy a living and breathing TV service with new entertainment streaming options added each month.

Netgem is already present in the UK with fifteen fibre operators having adopted its NetgemTV platform, and sees the new deal as strengthening its presence in a fast-growing market.