SPI's Fears is biggest winner of Polish Film Festival | Programming | News | Rapid TV News
By continuing to use this site you consent to the use of cookies on your device as described in our privacy policy unless you have disabled them. You can change your cookie settings at any time but parts of our site will not function correctly without them. [Close]

The 46th Polish Film Festival in Gdynia has ended with a victory for the movie Fears, co-produced by SPI International Affiliate Kino Polska TV. 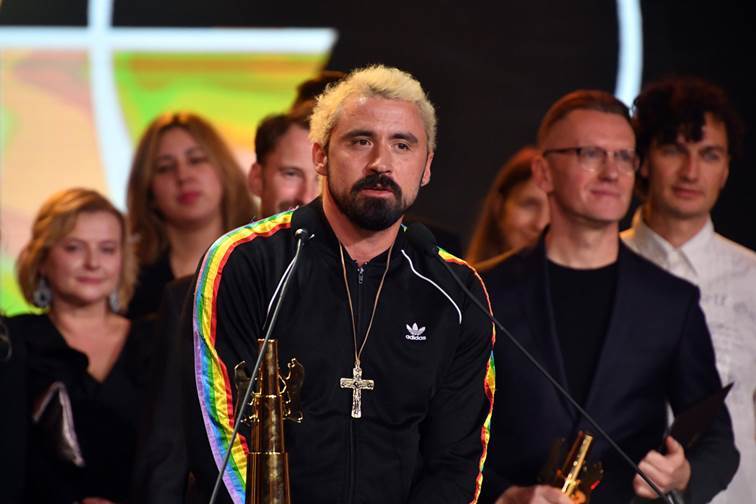 The picture directed by Łukasz Ronduda and Łukasz Gutt received a total of five awards including the Journalists' Award, the Don Quixote Award of the Film Discussion Clubs and the Youth Jury Award. During the Saturday gala closing of this year's edition of the Festival, Gutt received an individual award for cinematography and the Golden Lions, the main award of the Gdynia event, was received by the filmmakers and Daniel Rycharski – the real-life inspiration behind the main character played by Dawid Ogrodnik. Fears will be distributed by Kino Świat, a CANAL+ group company.

Fears is based on real events from the life of the colourful character of Daniel Rycharski – a respected artist, committed Catholic, outstanding activist, graduate of the Academy of Fine Arts in Krakow and winner of Polityka's Polish weekly magazine special prize called Passport.

As a deeply faithful Catholic, Daniel is committed to spiritual matters. He believes that the church should not be a place of exclusion and that there is room in his community for everyone regardless of worldview or personal choices. As a result of dramatic events, Daniel decides to take part in a courageous fight to defend his ideas and decides to crack down on homophobia in his hometown.

The character of Daniel is played by Dawid Ogrodnik,star of The Last Family, You Are God and You Want to Live, a two-time winner of the Polish Film Award (Eagle), and winner of Shooting Star 2019, awarded to the most promising actors of European cinema.