Alchimie inks scripted content partnership with Grupo Planeta | VOD | News | Rapid TV News
By continuing to use this site you consent to the use of cookies on your device as described in our privacy policy unless you have disabled them. You can change your cookie settings at any time but parts of our site will not function correctly without them. [Close]

In a wide-ranging deal including for high-end scripted content including a range of box-office Spanish language films and Argentinian telenovelas, OTT video subscription platform provider Alchimie has inked a new partnership with Spanish producer and distributor Grupo Planeta. 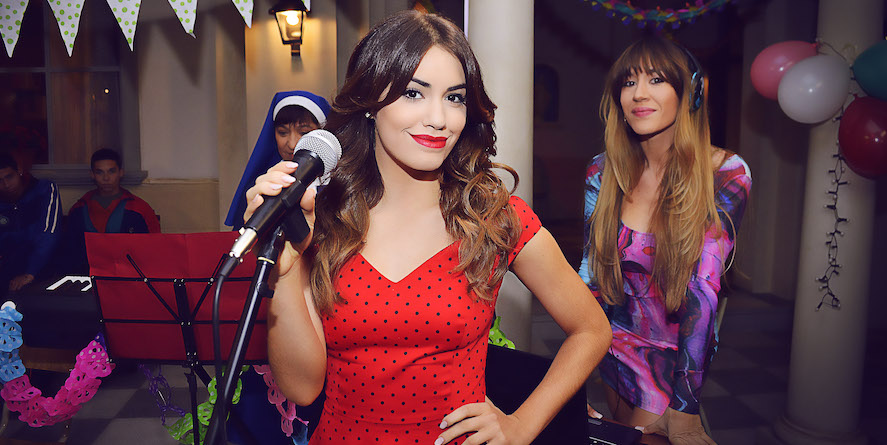 The deal will see Alchimie secure AVOD and SVOD rights to a range of Spanish scripted content, allowing it to distribute the programmes to Alchimie’s themed Spanish language VOD channels. Alchimie’s channels are available in Spain on leading digital platforms via Alchimie’s TV Player Go! app, through online streaming and on mobile networks, including leading Spanish mobile provider Movistar.

Grupo Planeta divisions DeAPlaneta and Planeta Junior S have acquired SVOD rights from scripted feature film and television distributor DeAPlaneta for nine of its most successful Spanish language feature films. The deal includes cinematic hits such as Amores Perros by Alejandro González Iñárritu, and additional feature films in Spanish produced in Spain, Mexico and Argentina. The films will be added to Alchimie’s 70,000-hour library which fuels Alchimie’s multilanguage SVOD channels.

Alchimie has also acquired the SVOD and AVOD rights to the uplifting Argentine telenovela Esperanza Mia (pictured) from Planeta Junior S.L, a leading European family entertainment company. Esperanza Mia is a 180-episode romantic comedy telenovela starring multi award-winning singer and actress Lali Espósito as a young girl who poses undercover as a novice nun to escape the mafia, and falls for Mariano Martinez a young priest who returns to the convent Santa Rosa after four years away. Together they aim to investigate the mafia who killed Julia’s mother with a view of bringing them to account. The series will run on Alchimie’s popular Spanish SVOD channel Pasion Telenovelas which focuses on soaps and telenovelas, as well as a range of other Alchimie Spanish language channels.

Commenting on the deal, Blandine Weill, general manager of Alchimie, Spain said “DeAPlaneta and Planeta Junior are both leading lights in the Spanish premium scripted content sector. Their content is entertaining, incredibly popular and a fantastic match for Alchimie’s Spanish themed channels – particularly for Pasion Y Telenovela and our recently launched film channels. The quality and appeal of both DeAPlaneta and Planeta Junior’s programming is second to none and we’re delighted they’re partnering Alchimie.”

Added Cristian Caggiano, sales manager Spain of DeAPlaneta and Judit Foz Povill, head of media sales Iberia, France & Western countries: “The alliance’s core is to lend visibility to Spanish and Latin American premium films and series around Europe, like Amores Perros or El Pregó, and Pancho El Perro Millonario among others, as well as the telenovela Esperanza Mía, a big hit in Argentina, its home territory. We hope this deal will be the beginning of a great partnership between Alchimie and Planeta.”