MIPCOM 2021: Off the Fence unveils programme line-up | Programming | News | Rapid TV News
By continuing to use this site you consent to the use of cookies on your device as described in our privacy policy unless you have disabled them. You can change your cookie settings at any time but parts of our site will not function correctly without them. [Close]

Non-fiction content company Off the Fence has revealed a line-up of programmes across history, natural history, travel and adventure, lifestyle, crime and science. 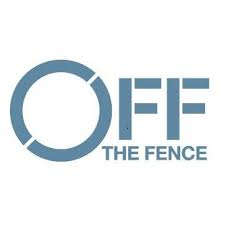 Its latest and upcoming short and long-form documentaries and shows include Royals: Keeping the Crown, which uses colourised archive, following the rise, fall, and rebranding of royal families across the globe from the First World War to the present day; and The Secrets to Civilisation, which uses CGI to offer a fresh perspective on the ancient world from the Bronze Age to the fall of Rome.

Other titles include Eyes of the Orangutan, which investigates the dark heart of the wildlife tourism industry; Wolverine: One Tough Mother, which provides an immersive look into the life of one of the world’s most fabled and iconic species; The Stork Army: Women Fighting for the Hargila, which tells the story of a group of women In South East Asia who are fighting for the protection of an endangered species - the Greater Adjutant Stork, known locally as the Hargila.

Lions Bones and Bullets investigates the shocking lion farm trade in South Africa and sets out to explore what’s currently being done to stop it; Voices of Earth shines a spotlight on 13 individuals who have managed to preserve an ancestral pact of coexistence with the wilds of nature; Youth Unstoppable tells the story of the youth climate movement from the beginning; Italy made with Love looks at Italy’s most talented artisans who continue producing their art - from glass blowing in Venice to olive oil making in Tuscany.

Finally, Fantastic Friends follows James and Oliver Phelps, who played the Weasley twins in the Harry Potter franchise, on a worldwide adventure as they meet guests, explore enchanting cities and take on challenges; Brat Loves Judy is a reality series following the relationship of rapper Da Brat and her multimillionaire CEO girlfriend, Jesseca ‘Judy’ Dupart; meanwhile, The Alternative Guide to Saving the Planet unveils some of the most bizarre and unexpected ways we can cut hundreds of billions of tonnes of greenhouse gas and help save the planet.

Managing director of sales at Off the Fence, Stefanie Fischer, said: “We continue to offer our clients a diverse mix of unscripted programmes… from a wide variety of production companies around the world with a key focus on unique access, high quality production values, impact and positive narratives.”