Sony introduces SRS-NS7 ‘wearable personal theatre’ | Infrastructure | News | Rapid TV News
By continuing to use this site you consent to the use of cookies on your device as described in our privacy policy unless you have disabled them. You can change your cookie settings at any time but parts of our site will not function correctly without them. [Close]

Sony has launched a new wireless neckband speaker, the SRS-NS7, for an immersive personal cinema sound experience, along with the WLA-NS7 wireless transmitter - which works with selected Sony headphones to enjoy a same experience as the SRS-NS7. 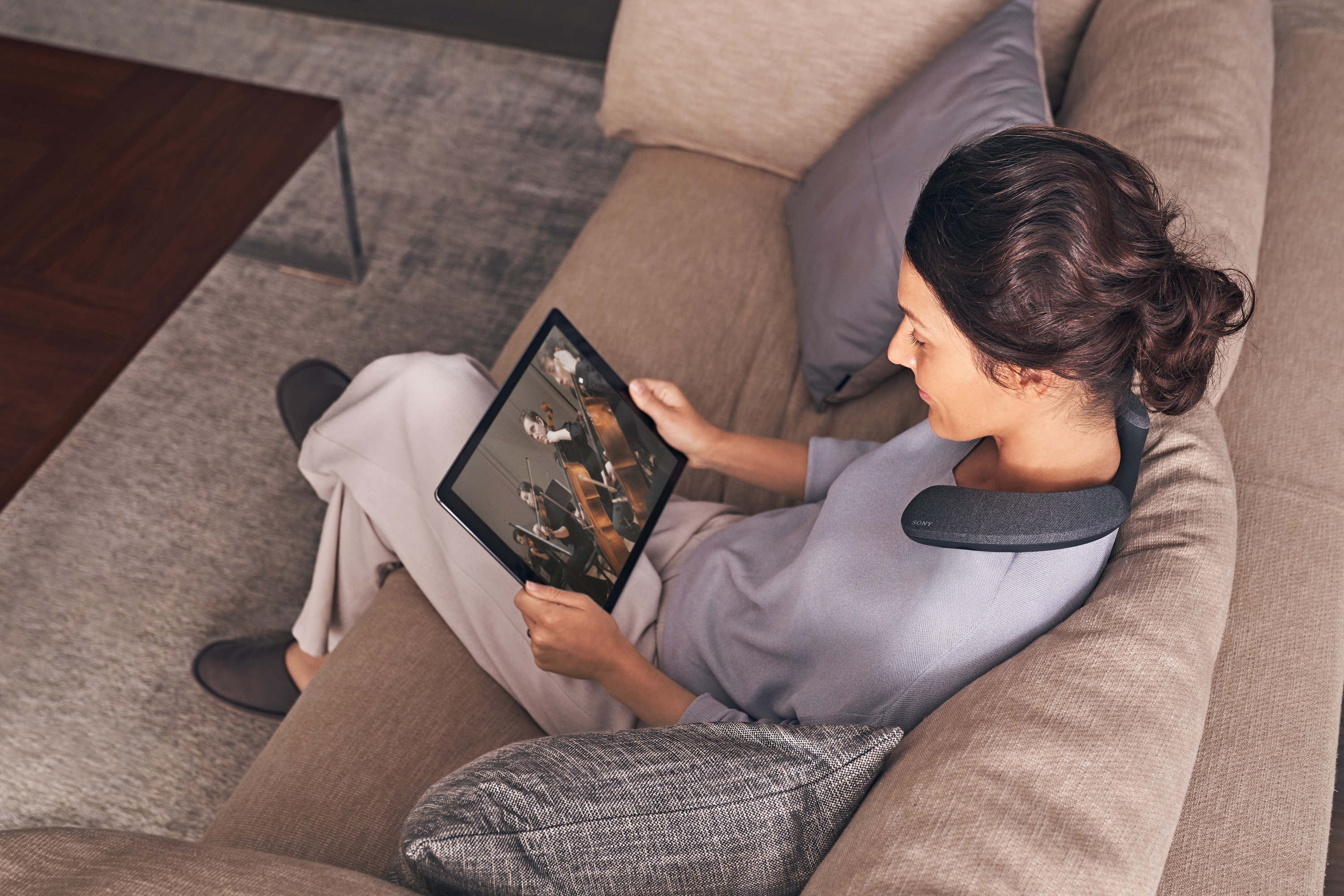 On the music side, the SRS-NS7 also supports 360 Reality Audio when used with a smartphone, to provide the atmosphere of a live gig, available via a smartphone from compatible music services such as Deezer, nugs.net and TIDAL.

In addition to partnering Bravia XR TVs, the SRS-NS7 also pairs with devices such as laptops, tablets and smartphones. It has a flexible and ergonomic design that fits securely around the user’s neck. The flexible band on the back of the speaker enables the perfect fit for total comfort. It provides up to 12 hours of battery life, or five hours at maximum volume. The SRS-NS7 can connect to two devices at the same time, such as a laptop and smartphone.

Sony’s 360 Spatial Sound experience will also be available on selected Sony headphones when paired with the WLA-NS7 wireless transmitter and Bravia XR TVs.