Euronews unveils digital tech series | Programming | News | Rapid TV News
By continuing to use this site you consent to the use of cookies on your device as described in our privacy policy unless you have disabled them. You can change your cookie settings at any time but parts of our site will not function correctly without them. [Close] 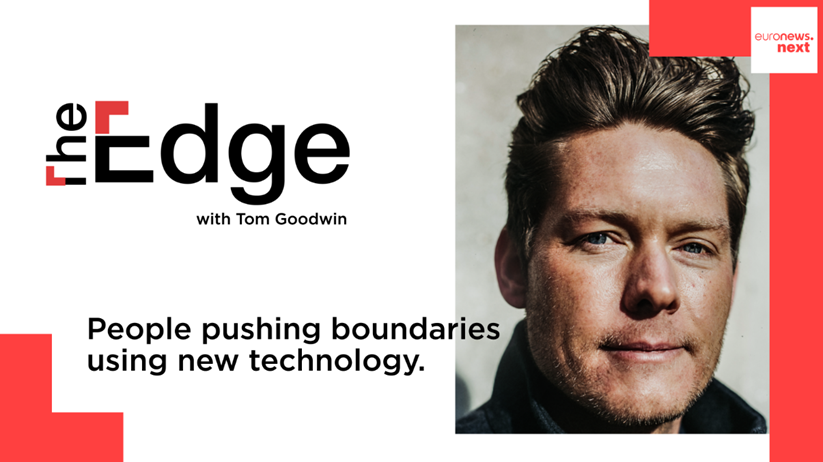 Presented by Tom Goodwin, an expert in innovation and digital transformation, The Edge looks at what happens when disruptive technologies collide with bold thinkers, allowing boundaries to be pushed and whole industries to be reimagined.

The Edge will reinforce Euronews’ digital feature-led content offer on its new vertical, Euronews Next.

For the four episodes of The Edge, Goodwin travels the world in search of inspiring initiatives and individuals. Each episode dives into a theme, a place and a cohort of inspirational people who are taking bold leaps into what’s next.

Episodes will be broadcast on the Euronews English YouTube channel and on www.euronews.com/next. Euronews will also publish dedicated content on social networks.

Ali Ihsan Aydin, editor-in-chief, digital platforms at Euronews, said: “We are glad to have partnered with Tom Goodwin for the production of our The Edge series. Tom is a visionary and well-respected speaker on technology and innovation. The Edge will be a valuable addition to Euronews Next, our newly-launched vertical dedicated to business leaders, innovators and visionaries who want to find ideas, inspiration and guidance. The success that Euronews Next has encountered since its launch comforts us in our strategy of developing more specialised and in-depth content on issues of particular interest to our audiences, through the creation of dedicated verticals.”