Woodcut Media appoints new head of development | Major Businesses | Business | News | Rapid TV News
By continuing to use this site you consent to the use of cookies on your device as described in our privacy policy unless you have disabled them. You can change your cookie settings at any time but parts of our site will not function correctly without them. [Close]

Spurred by the recent launch of its Bristol-based operation, UK indie Woodcut Media has hired Jo Enyori to the newly created position of head of development, effective immediately. 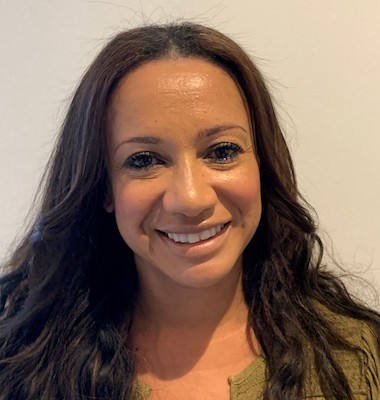 Enyori joins Woodcut from Attaboy TV where she served as head of development working across a broad range of genres such as True Crime, Natural History, Space, Engineering, and Lifestyle formats whilst working mainly with UK, US and Australian channels.

Over the years Enyori has held head of development positions with both a domestic and international focus with the likes of Acme Films, Hunch Media, Transparent Television and Barcroft Productions. Her numerous commissions include Inside the Ku Klux Klan, I Do at 92, and Shocking Emergency Calls for C4; Shallow Graves and 999: Killer on the Line for CI; Hitched in Vegas (5Star, Lifetime US) and Babies Behaving Badly (Discovery) to name a few. She has also been a Development Producer and Series Producer on various productions such as Bloody Tales (Nat Geo), So You Think You’re Safe (Sky One) and the award-winning series My New Best Friend (C4) among others.

In her new role, Enyori will report to Woodcut’s CEO Kate Beal, and will work for the whole group which comprises Woodcut Media, Bristol based Woodcut West and Woodcut International. She will focus on developing factual content across all of Woodcut’s key genres as the company continues to expand its development priorities, whist extending its reach within the UK and internationally.

Commenting on the new position, she said: “Woodcut is a very diverse, innovative and well-respected production company and I have long admired their output. I am really looking forward to working with Kate and her senior team across the group’s businesses and developing the next wave of Woodcut returnable series.”

Kate Beal added: “Hiring a Head of Development has been on our radar for a while, especially since the launch of our Bristol based operation. It’s great to have Jo join our team. She is a very talented executive whose extensive credits and strong industry relationships in the UK and internationally will make a striking contribution to our business as we continue to move into our next phase of growth.”