Rare beefs up international development team | Major Businesses | Business | News | Rapid TV News
By continuing to use this site you consent to the use of cookies on your device as described in our privacy policy unless you have disabled them. You can change your cookie settings at any time but parts of our site will not function correctly without them. [Close] 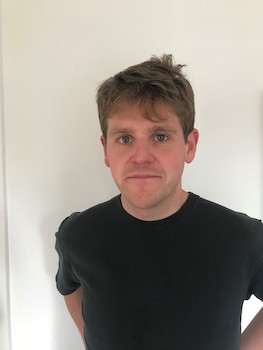 Sanders, who will report to vice-president of US development Christian Broadhurst, joins Rare TV from UK independent Zig Zag Productions, where he served as assistant producer and senior development executive. Sanders was also one of the inaugural winners of The David Lyle Foundation annual scholarship programme, which helps promising young executives to build successful careers in the international television business.

Rare TV’s strategy to develop existing formattable IP for global sales sees the producer on a mission to create international formats from a selection of its returning brands.

The first of these will be an international reversion of Digging For Britain, fronted in the UK by historian and presenter Alice Roberts. The eighth series of Digging For Britain was one of the highest rating series on BBC4 with the producer continually popularising the discovery of fragments of pottery and old bones from archaeological digs around the country. The show is about to transmit for the ninth (6 x 60’) season for BBC2, commissioned by the BBC’s editors Simon Young and Patrick Holland. Rare TV has announced the launch of the ‘Digging For…’strand currently in development with an as yet unnamed international broadcaster.

Commenting on the appointment, Rare TV CEO Alexander Gardiner said: "We work very hard at bringing innovation to our international projects, and that creativity is only set to improve with the arrival of Chris, who is not only full of brilliant ideas but has an incredible work ethic. Our new developed format Digging For….will allow us to bring over a decade of expertise and resource to platforms and broadcasters in other territories that can then uncover their own national historical treasures.”

Sanders added: “It’s the most incredibly exciting time to be in development for US and international streamers and broadcasters at a time of such change. Rule books are being ripped up with fewer and better as the focus, with bigger risks and even bigger prizes. In that context, you need a supportive team that’s not afraid to challenge and equally unfazed about mistakes, that’s the culture at Rare and it’s a pleasure to be part of that team.”