Tubi celebrates Halloween with horror slate for October | VOD | News | Rapid TV News
By continuing to use this site you consent to the use of cookies on your device as described in our privacy policy unless you have disabled them. You can change your cookie settings at any time but parts of our site will not function correctly without them. [Close] 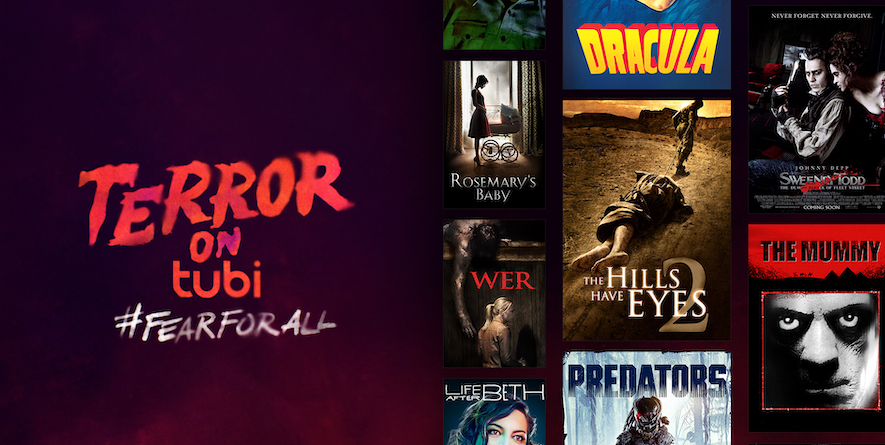 Screening throughout the month of October, Terror on Tubi will see the premiere of four Tubi Originals: Meet, Marry, Murder; Harland Manor; and the FOX Alternative Entertainment-produced Famously Haunted: Amityville and Celebrity Exorcism; as well as a plethora of other films for horror and paranormal enthusiasts.

Premiering on 6 October, Meet, Marry, Murder is a 13-part true crime series hosted and executive-produced by actress Gossip Girl Michelle Trachtenberg and explores the true stories of people who were murdered by their partners, and features interviews with witnesses to discuss the tragic unions. The series is from FilmRise and FirstLookTV and is executive-produced by Will Hanrahan, Gillian Carter, Danny Fisher and Max Einhorn.

Famously Haunted: Amityville runs from 15 October 15 and show how when infamous Amityville killer Ronnie Defeo died behind bars this year, social media blew up with a new wave of armchair detectives and paranormal experts obsessed with the real-life horror story that shattered this sleepy Long Island village nearly 50 years ago. From FOX Alternative Entertainment, the programme take a fresh look at how six shocking murders spawned one of the most terrifying ghost stories in American history.

Celebrity Exorcism stars Jodie Sweetin, Shar Jackson and Metta World Peace as they come together for a fright fest. With the help of an acclaimed exorcist, this team of brave celebrities enrols in a paranormal boot camp like we've never seen before - journeying to exorcise an iconic haunted location. Harland Manor shows a team of paranormal investigators who document the haunted house, only to find themselves hunted by the malevolent ghosts that still dwell there. Harland Manor is produced by Stan Spry and Eric Scott Woods from Cartel.

“Tubi viewers devour horror titles all year long, so we've made Terror on Tubi extra enticing,” said Adam Lewinson, chief content officer, Tubi commenting on the slate. “With more than 5,000 horror and paranormal titles and four bone-chilling originals, Tubi ramps up its position as a formidable force in horror.”

“We’re thrilled to be premiering our first FAE Tubi original titles on the platform with the inaugural Terror on Tubi celebration,” added Rob Wade, FOX Entertainment’s president of alternative entertainment and specials. “We look forward to continuing to bring original content that not only draws in new audiences with the bold programming that has long been synonymous with FOX, but that also reflects the genres and entertainment Tubi’s streaming audiences love most.”
Tweet