Pluto TV expands global footprint to Italy, reaches Spanish, Portuguese landmarks | VOD | News | Rapid TV News
By continuing to use this site you consent to the use of cookies on your device as described in our privacy policy unless you have disabled them. You can change your cookie settings at any time but parts of our site will not function correctly without them. [Close]

Hot on the heels of racking up 100 channels in Spanish and 50 channels in Portuguese in Latin America, ViacomCBS's Pluto TV is to debut as the first free ad-supported streaming television (FAST) service in Italy featuring over 40 exclusive channels and thousands of hours of programming. 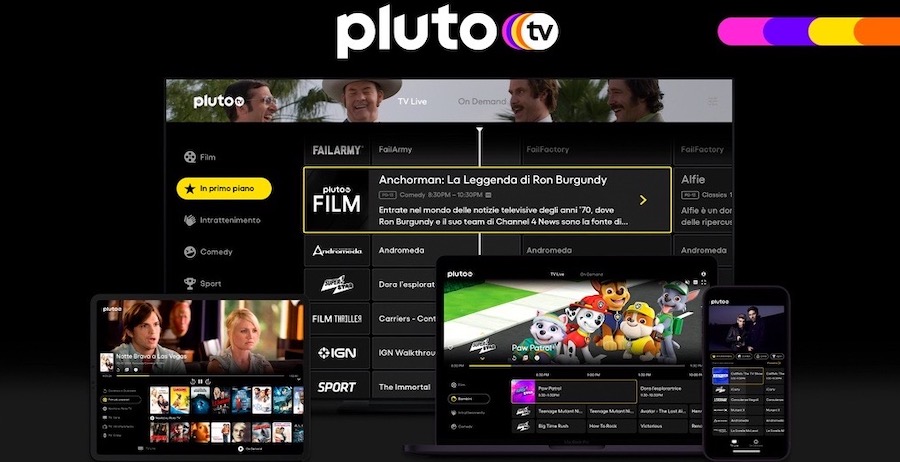 From 28 October, Pluto TV will complement Paramount+ when the premium streaming service launches in Italy in 2022. Pluto TV will be available for free everywhere Italians stream, with no registration required. The service will launch on mobile via iOS and Android, desktop and connected TV (CTV) devices, such as Samsung Tizen, LG Smart TVs, Amazon Fire TV, Android TV, and Chromecast, and select channels on Samsung TV Plus. Sky Media will serve as Pluto TV’s conventional advertising sales partner in Italy.

“ViacomCBS is rapidly expanding its global streaming footprint, connecting consumers with a vast library of great content across free and pay platforms worldwide,” said Olivier Jollet, senior vice president and general manager of Pluto TV commenting on the launch. “With Pluto TV and soon Paramount+, our diversified eco-system will transform the Italian streaming market. The launch will provide Italian audiences with a robust offering while also positioning ViacomCBS to drive significant growth in our global streaming and content strategies.”

"We are thrilled to expand our partnership with ViacomCBS, extending our bouquet of innovative advertising solutions to Pluto TV. This further strengthens Sky Media's portfolio in terms of digital platforms, audience and content,” added Evelyn Rothblum, executive vice president advertising, partnerships and distribution Sky in Italy and Germany.

Looking at its performance in Latin America, the milestone was achieved on 21 September when it reached 100 channels in the 17 Spanish-speaking countries in Latin America and 50 channels in Brazil. This said the company marks a turning point as it continued to expand its footprint in the region.
Tweet