Netflix Australia, NZ takes Wildbear feature documentary | VOD | News | Rapid TV News
By continuing to use this site you consent to the use of cookies on your device as described in our privacy policy unless you have disabled them. You can change your cookie settings at any time but parts of our site will not function correctly without them. [Close] 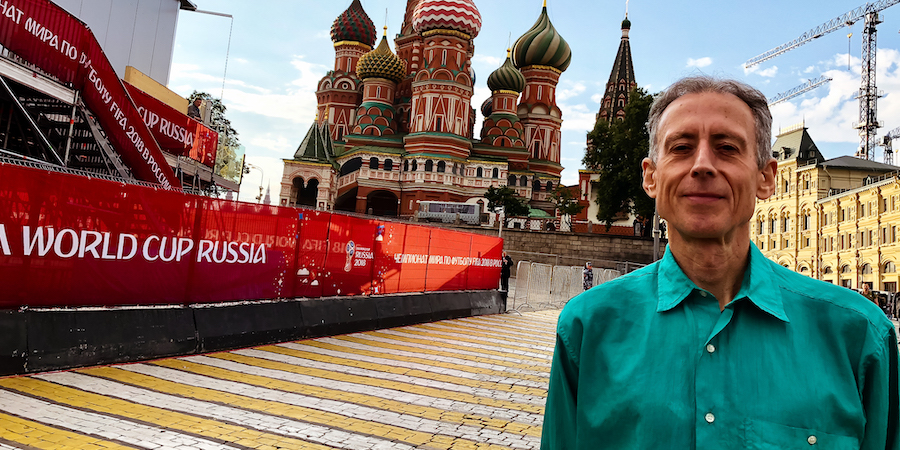 Produced by Veronica Fury from WildBear Entertainment’s Brisbane office and directed by Gold Coast based Christopher Amos, the documentary tells the true story of the controversial human rights campaigner whose protests rocked the establishment, revolutionised attitudes and laws on homosexuality, and have exposed tyrants and injustice across the globe.

Five years in the making and filmed across the UK, Russia and Australia, Hating Peter Tatchell follows over fifty-years of Peter’s life from his activist beginnings in Australia with the Anti-Vietnam War movement, to his latest crusade against the persecution of LGBT+ people in the Chechen Republic during the 2018 FIFA World Cup in Moscow that led to his public arrest near the Red Square and Kremlin.

“Hating Peter Tatchell has been a terrific team effort and we are thrilled to have had the support of Sir Elton John and David Furnish as part of that team,” Fury commented. “We are proud to have produced this very topical and resonant feature doc, about a truly inspiring man, and we are now delighted to share it with home audiences in Australia and New Zealand.”

Commenting on the finished film in a joint statement, Sir Elton John and David Furnish said: "We were so overwhelmed with emotion. It was fantastic! It’s so compelling - and such a harsh contrast to the disappointing times we are living in. An important cinematic milestone that properly celebrates a true hero.”

Hating Peter Tatchell received principal production investment from Screen Australia in association with WildBear Entertainment and was financed with support from the Melbourne International Film Festival Premiere Fund and Screen Queensland. It has also just been announced in this year’s Raindance Film Festival’s official selection.
Tweet