CityFibre completes £1.125BN financing | Media Investment | Business | News | Rapid TV News
By continuing to use this site you consent to the use of cookies on your device as described in our privacy policy unless you have disabled them. You can change your cookie settings at any time but parts of our site will not function correctly without them. [Close]

Having spent the last two years transforming itself from an altnet into the country’s third largest comms infrastructure provider, CityFibre has obtained what it says is the largest ever capital raise for UK full-fibre deployment. 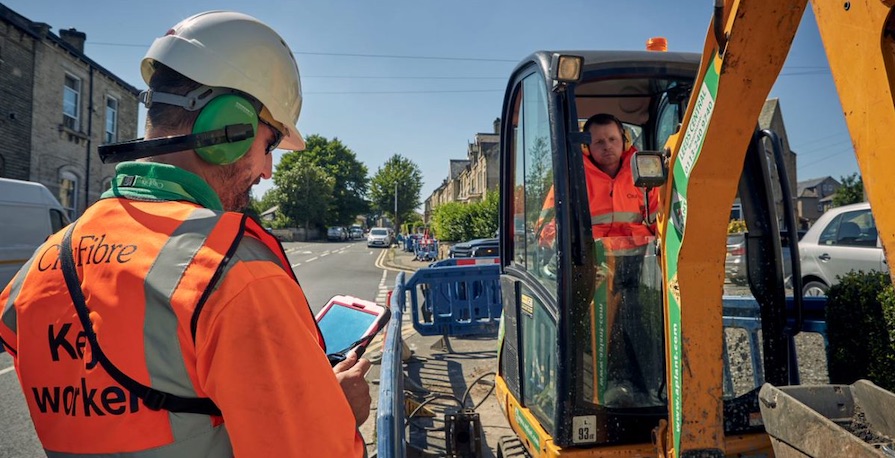 As its rollout has continued to scale, CityFibre gigabit broadband services are now live in 46 locations in the UK and the company is now exploring opportunities to participate in Building Digital UK’s (BDUK) Project Gigabit rural programme. As the fibre network has been built out, it has secured long-term volume commitments from Vodafone, TalkTalk and Zen, as well as mobile operator Three UK. Work to integrate and enable internet service providers (ISPs) over CityFibre’s full national footprint is underway. CityFibre currently supports 24 smaller regional consumer ISPs dedicated to full-fibre broadband services, alongside over 1,800 business ISPs and resellers.

In the capital raise, the company has secured £1.125 billion comprising £825 million in equity and £300 million in bank extension. The new financing will support and accelerate CityFibre’s rollout to a third of the UK market by 2025, brining full-fibre to up to 8 million homes and enabling participation in BDUK’s Project Gigabit rural programme.

“This capital raise is proof of the benefits of a truly competitive infrastructure market,” commented CityFibre chief executive officer Greg Mesch. “If nurtured and protected, infrastructure competition at scale will continue to unleash huge investment from the private sector as well as catalyse investment from incumbent operators. Ultimately though, it is residents, businesses and the UK economy that stand to benefit, with competition driving what has become the fastest rollout of full-fibre in Europe.”

Mubadala's deputy group chief executive Waleed Al Mokarrab Al Muhairi added: “Digital Infrastructure is a vital enabler of social and economic progress, and a priority growth sector for Mubadala, so we are delighted to be the lead investor in a fund-raise which is accelerating the roll-out of world-class digital Infrastructure for one-third of the UK. Mubadala's investment in CityFibre is consistent with our mandate to deliver sustainable financial returns. As the first investment under the infrastructure vertical of the UAE UK Sovereign Investment Partnership, it exemplifies the Partnership's mandate to guide high impact investment to enable future-focussed economic growth."