Rocket Beans taps LiveU for remote production | Infrastructure | News | Rapid TV News
By continuing to use this site you consent to the use of cookies on your device as described in our privacy policy unless you have disabled them. You can change your cookie settings at any time but parts of our site will not function correctly without them. [Close]

LiveU’s mobile broadcasting solutions have enabled a multi-cam live production that was managed by Rocket Beans Entertainment as part of the annual gamescom industry show. 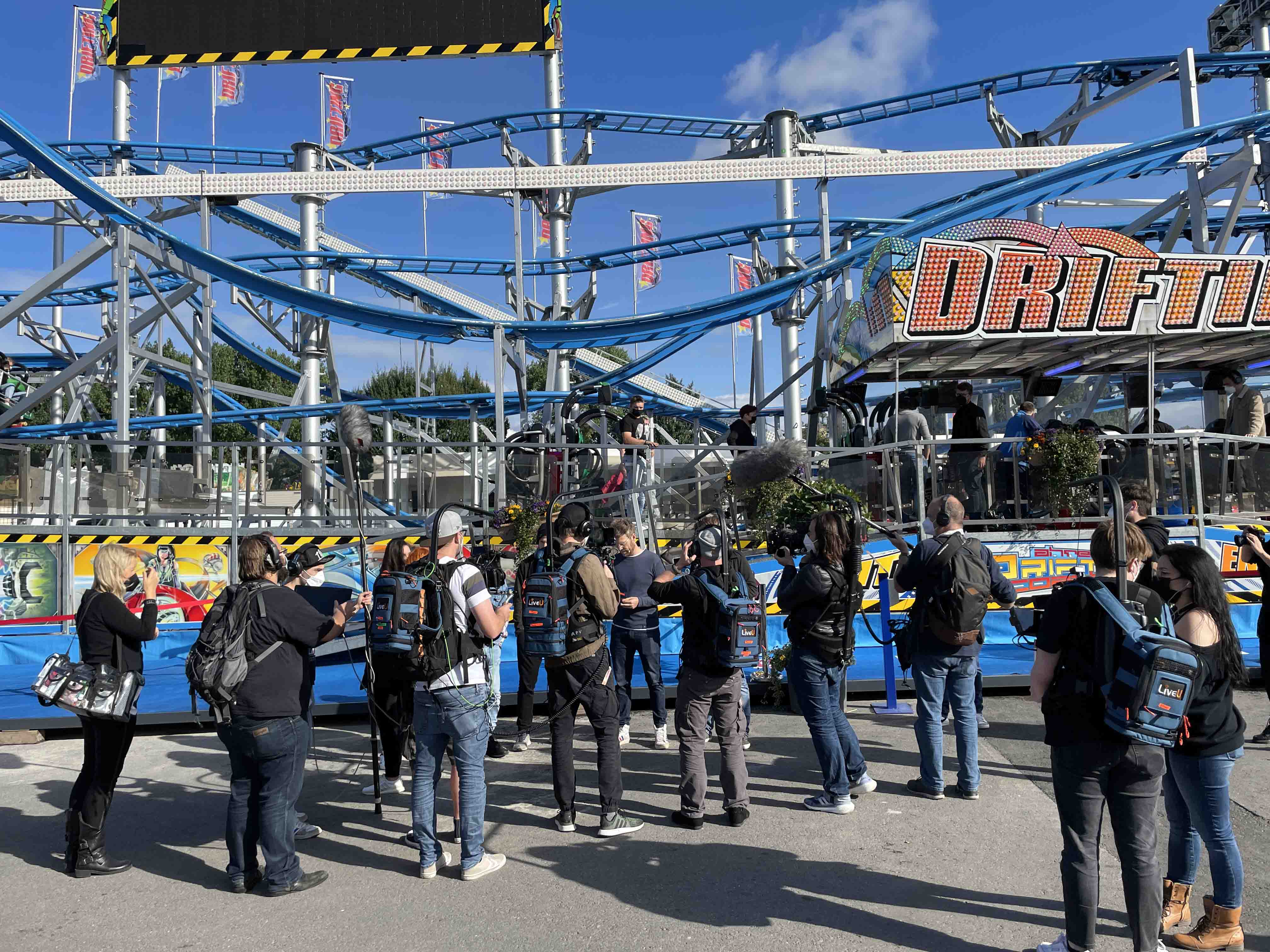 Organised as a joint venture between Rocket Beans, Freaks 4U Gaming and INSTINCT3, the Gamevasion Championships took four German influencers to different locations in Hamburg where they competed in both video and physical games. Several camera crews followed the participants around town, using 12 LiveU field units to deliver broadcast-grade live video back to a central control room where the feeds were mixed fully remotely. All LiveU technology as well as technical assistance was provided by netorium, LiveU’s German distributor.

Rocket Beans deployed action cams, drones and smartphone cameras to film the event, creating fan engagement. LiveU’s LU600 and LU800 multi-cam units were used to transmit the live signals from challenging and exciting locations such as a speeding rollercoaster wagon, rooftop hotel bar on the 26th floor and a laser game venue. A tour bus that took participants from one location to the other was also equipped with several cameras and LiveU technology. With each LU800 unit delivering four parallel live feeds, the bus itself turned into a driving studio and the bus rides became part of the actual competition. All elements added up to an uninterrupted three-hour live show that marked a new milestone.

Michael Petrescu, COO of Rocket Beans, said: “Our goal was to break out of traditional patterns of multidisciplinary gaming shows, to think the genre further and to move the show out of a studio to locations that could provide added value to the individual games. Thanks to the LiveU technology, we were even able to cover the routes between the different gaming locations live and to manage the production completely remotely. This allowed us to take the viewers on a literal tour ranging between a TV event and streamer road trip.”

Added Zion Eilam, VP sales EMEA, LiveU: “This production presents an excellent real-life use case demonstrating what LiveU’s mobile video technology is able to achieve today. The Rocket Beans continuously put us to the test and we are happy to see once again the way in which our equipment easily overcomes challenges and transmits a rock-solid stream at all times. This first-of-its-kind remote production has raised the bar for web TV productions to a new high.”