NFL kicks off new season with Verizon 5G | Mobile | News | Rapid TV News
By continuing to use this site you consent to the use of cookies on your device as described in our privacy policy unless you have disabled them. You can change your cookie settings at any time but parts of our site will not function correctly without them. [Close]

With the season kicking off with Tom Brady in typical match-winning form, and building on their existing  relationship with the aim of driving future innovation for teams, coaches, players and fans, Verizon has been named an Official Technology Partner and the Official 5G Network of the National Football League (NFL). 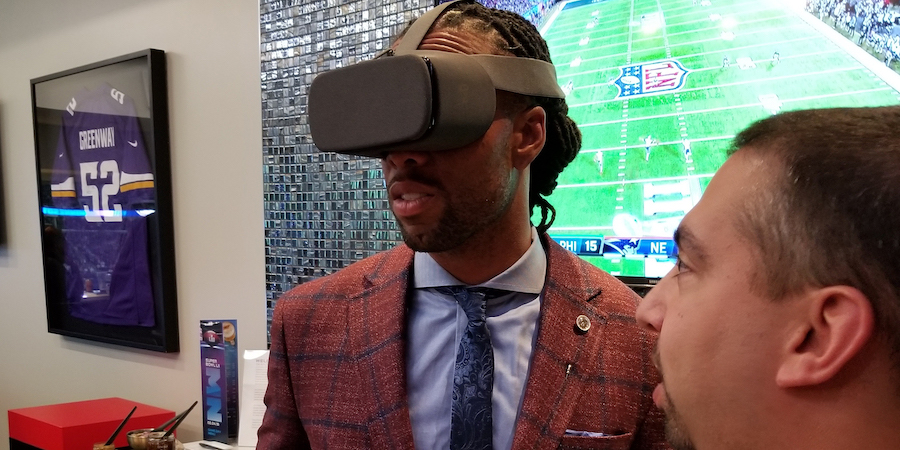 The new 10-year partnership will see Verizon 5G Ultra Wideband deployed in select parts of the 25 NFL stadiums and over the course of the next decade the two organisations will use 5G to unlock advancements that they say could have the ability to impact management, scouting, training, health and safety and game day operations.

In 2019 Verizon deployed 5G Ultra Wideband in parts of 13 stadiums to coincide with the NFL regular season kick-off and over the last two years, Verizon has expanded 5G Ultra Wideband connectivity within those venues and surrounding areas, and has partnered with the NFL on in-stadium fan experiences like Verizon 5G Multi-View, which enables fans to view up to seven simultaneous camera angles and AR overlays of the NFL’s Next Gen Stats on select 5G-enabled phones. Verizon 5G Multi-View will continue to be available during the 2021 season in select NFL Club phone apps for fans in-stadium on gameday. the country.

Verizon believes 5G can unlock the  speeds, massive capacity and low latency that is enabling true innovation within the industry. It suggests that in future, 5G could support real-time analytics and visualisations for coaches and players, giving them a whole new ability to learn from the last play and prepare for the next one. 5G-enabled NFL venues could be turned into digital arenas that can host mobile-gaming events with real-time, on-site multiplayer action.

“The NFL has embraced innovation for decades to bring fans closer to the game, from instant replay technology to outfitting players with microphones,” said Verizon chairman and CEO Hans Vestberg. “Our longstanding relationship, and swift delivery of 5G connectivity in 25 stadiums, has created new ways to bring fans even closer to the action. As we embark on the next 10 years, our work with the NFL will continue to enhance and transform not only the fan experience, but also has the potential to improve player training and overall venue operations.”

“For the past decade, Verizon has been one of our key technology partners, helping with everything from digital distribution of NFL content, engaging our fans at the NFL’s biggest events, enhancing communications throughout the NFL ecosystem and upgrading technology within stadiums across the League,” added NFL Commissioner Roger Goodell. “As we look to the next decade with our trusted partner, Verizon will help us capitalise on the promise of 5G technology, paving the way for the future of the game and delivering incredible experiences for millions of NFL fans.”