Two Rivers ramps up US expansion with Hayley Babcock deal | Major Businesses | Business | News | Rapid TV News
By continuing to use this site you consent to the use of cookies on your device as described in our privacy policy unless you have disabled them. You can change your cookie settings at any time but parts of our site will not function correctly without them. [Close]

Two Rivers ramps up US expansion with Hayley Babcock deal

Leading Scottish indie Two Rivers Media is accelerating its push into the US by striking a development deal with former A+E Networks International head of formats Hayley Babcock and her new company, Hayley Babcock Media Consulting. 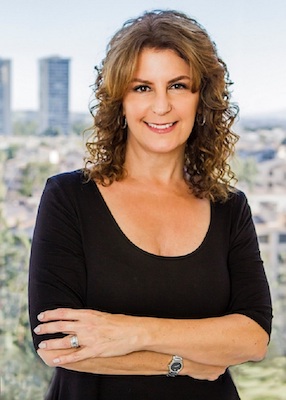 Launched in early 2019 and serving broadcasters worldwide from its base in Glasgow, Two Rivers Media aims to create “compelling” content across multiple genres. Led by Alan Clements, former director of content at STV Productions, Two Rivers Media says that it has assembled a world-class creative team, hiring leading production talent to build its output across documentaries, specialist factual, formats, entertainment, factual entertainment and, most recently, drama.

Based in Los Angeles, Babcock (pictured) is seen as being able to take advantage of her deep experience in media and production, and her network of relationships across the US and the global content community to help expand Two Rivers’ production and business goals in the US.

Formerly head of formats at A+E Networks, Babcock was responsible for all creative and production aspects of the group’s international format business, including development of new content for global distribution; identifying formats from within the A+E group of channels to roll out internationally; and partnering with independent producers to co-develop new format concepts abroad and in the US for A+E’s group of channels.

Leading the company’s US creative development, production and business strategy, Babcock’s role will be to help broaden Two Rivers’ scope in the territory both in terms of volume and genres of content. Through the consultancy she will aim to help drive new partnerships, production deals and other collaborations for Two Rivers, including those with global platforms, in collaboration with Two Rivers’ US agents ICM.

Commenting on her new role, Babcock said: “Two Rivers’ ambition and energy, and the experience of the creative team Alan has assembled, is really impressive. The global market has an insatiable appetite for new stories and new voices and I’m delighted to work with Two Rivers to extend its reach in the US. The company already makes outstanding programming that resonates around the world, and I’m eager to get started on our plan for growth here in the US.”

Added Two Rivers Media managing director Alan Clements: “International growth is an area of strategic importance to Two Rivers, not only in relation to our commercial success, but also in relation to the future development of, and investment in, our team in the UK. A direct result of our strategic partnership with All3Media,  partnering with Hayley Babcock is an extremely timely partnership for us, as we already have US-based projects underway.