M6 and Gulli now available at Vodafone Germany | Deals | News | Rapid TV News
By continuing to use this site you consent to the use of cookies on your device as described in our privacy policy unless you have disabled them. You can change your cookie settings at any time but parts of our site will not function correctly without them. [Close]

Thema Northern Europe has launched two French television channels, M6 and Gulli, on Vodafone in Germany, which will be available in the new version of Vodafone’s French TV optional pack. 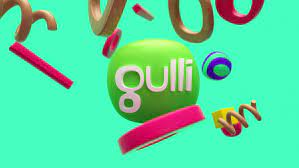 Lars Riedel, head of TV & entertainment at Vodafone Germany, commented: “Both are an excellent addition to our existing range of international channels. We look forward to this co-operation and will continue to focus on diversity in our TV offering in the future.”

Added Menno Hidajattoellah, managing director of Thema Northern Europe: “I am absolutely delighted that Gulli and M6 are now available for Vodafone subscribers in Germany.”

M6 is a major generalist broadcaster in the French-speaking landscape, with diversified programming for the whole family, featuring news, entertainment, original fiction and magazines.

Gulli broadcasts a range of children’s programmes including the latest hit animation and series, box-office films, as well as signature shows and magazines.