Federation Entertainment ramps up global expansion with UK arm | Major Businesses | Business | News | Rapid TV News
By continuing to use this site you consent to the use of cookies on your device as described in our privacy policy unless you have disabled them. You can change your cookie settings at any time but parts of our site will not function correctly without them. [Close]

As it continues to extend its global reach, independent European studio Federation Entertainment, which focuses on the creation, production, financing and distribution of original productions, has announced the launch of a new partnership in the UK. 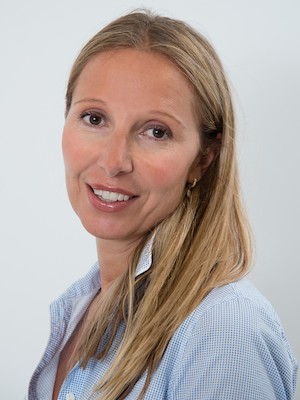 Headquartered in London, the new operation is set up by managing director Polly Williams and creative director Arielle Gottlieb who both join from eOne and who will be partners in the new venture. They will focus on working with premium drama creators in making what they say will be “ambitious” commercial content for a global audience. They are also keen to bring more female led content to the Federation slate.

“The UK has always been on our radar, but it was crucial we secured the right kind of creative talent to steer this new operation,” noted Federation Entertainment president Pascal Breton explaining the move. “Both Polly and Arielle are dynamic executives with impressive track records who will be able to bring exceptional, original content into the company. We are absolutely delighted to welcome them to our ‘federation’ network.”

With a slate of high-profile projects currently in development that will be announced shortly, the new UK venture will develop, produce and invest in drama content for TV and film. They will offer flexibility for creators beyond the traditional in-house production model and will be looking for co-productions, co-financing and distribution opportunities.

Williams (pictured left) was previously head of scripted for eOne where she built a diverse, premium slate with partners in the UK, Europe and the US. During her tenure she developed RUN for HBO, written by Vicky Jones and is currently exec producing Red Rose with Eleven Film for the BBC and Netflix. She brought Mam Tor/Tally Garner into eOne and backed her slate with some of the UK’s top talent which are now in late stages of development with broadcasters. Previously, she worked as a producer and script editor in the UK with credits including Holby City, Lip Service and Hotel Babylon.

Commenting on the new venture, she said: “I am thrilled to be partnering with the brilliant Arielle in this new venture. We both think Federation is a very smart, exciting company. The opportunity to tap into their European networks with wonderful British writers and directors is very unique. Pascal and Lionel are incredibly inspiring and nimble, and we can’t wait to get going.”

Gottlieb was VP of scripted at eOne and in recent years, she developed and was the script executive on Dublin Murders (BBC, Starz) and script edited The Sister (ITV, Hulu) for Euston Films. Prior to eOne she has script edited long-running British dramas such as Casualty and The Bill and has worked in development, production and business affairs for companies such as Red Planet Pictures, Ink Factory Films, BBC, Nutopia and TVO.