Business growth spurs new head of development at WTFN | Major Businesses | Business | News | Rapid TV News
By continuing to use this site you consent to the use of cookies on your device as described in our privacy policy unless you have disabled them. You can change your cookie settings at any time but parts of our site will not function correctly without them. [Close] 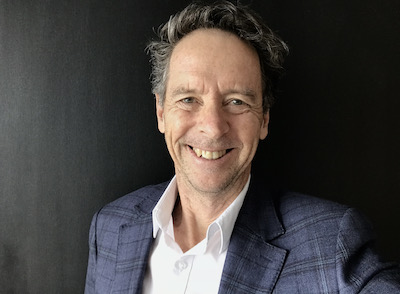 In his new role, Peters will be responsible for expanding WTFN’s development slate by creating more returning documentary and access series – such as Paramedics and Bondi Vet - for which the business is well-known, as well as branching out into fresh new factual genres.

Peters had been working with the company for nearly a year as a contracted consultant, acting as executive producer on obs-doc series Sydney Harbour Force, which is being produced for Discovery Australia, New Zealand, and UK.

He joined WTFN with a range of credits from some of Australia’s leading TV companies including Nine Network, where he recently executive produced True Medical and Inside Crime, having previously been EP on Australian Survivor; Eyeworks where, as head of television, he managed all the company’s output, which included series such as Kalgoorlie Cops and Gangs of Oz; and Fremantle Media, where he oversaw the production of the Logie Award-winning and recording-breaking first series of Australian Idol. He also spent three years as head of development at Endemol Southern Star.

WTFN says the appointment comes at an exciting time for the company as production output has more than doubled from under 40 hours in 2019 to more than 80 hours already commissioned for 2021. In addition, relationships with domestic and international broadcasters have expanded and strengthened; and two new business streams have recently launched under the WTFN umbrella alongside distributor Fred Media. WTFN Be is a branded content and social channels company, while Empire Talent is a boutique talent management agency, representing high-profile media personalities and influencers from Australia and around the world.

Commenting on the appointment, WTFN CEO Daryl Talbot, said: “Stephen has made a significant contribution to WTFN over the past few months, so we are delighted to have him onboard as a permanent member of the senior team. Our expansion and increased output in the past year is testament to a talented and dedicated team but now, with Stephen adding his tremendous experience, and charged with increasing our content pipeline, we are hoping to turbo-charge this growth trajectory and bring more hours and even more fresh new programme ideas to the market.”

Peters added: “Having already spent some time at WTFN, when the offer of head of development was made, I didn’t hesitate to accept. Daryl and co-founder Steve Oemcke have built a terrific company, underpinned by an authentic feeling of constant forward momentum. They are very open to new ideas and different ways of doing things, so I am genuinely excited by the opportunities this new challenge brings.”