Glasgow sees futher full-fibre from CityFibre | Infrastructure | News | Rapid TV News
By continuing to use this site you consent to the use of cookies on your device as described in our privacy policy unless you have disabled them. You can change your cookie settings at any time but parts of our site will not function correctly without them. [Close]

The UK’s largest independent full fibre platform CityFibre has begun work on the next stage of its programme to bring full-fibre gigabit broadband to Scotland’s largest city Glasgow. 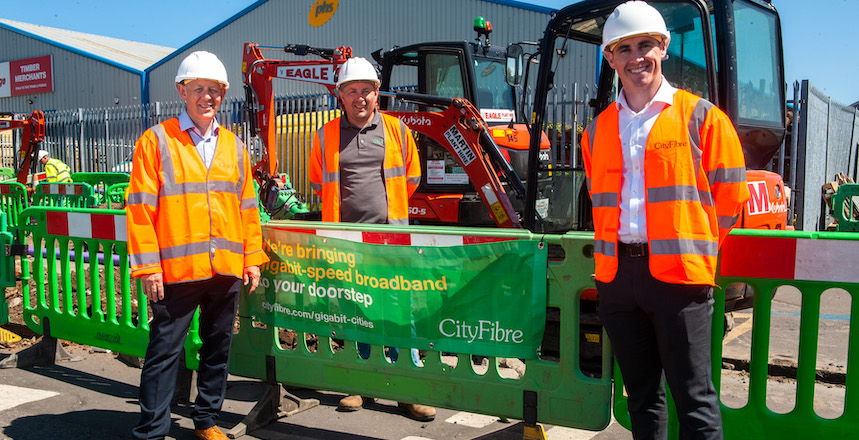 The rapidly expanding former altnet has started work to connect homes and businesses in the north west of Glasgow to its full fibre network with construction by Glenevin now begun in the Netherton area. Work is set to get underway in the next areas, Anniesland and Temple, in late September, followed by Port Dundas in November. Construction in the northwest of the city is the next stage of the network installation, with work beginning in the south of the city earlier this year. The overall project, which is one of the largest city-wide full fibre rollouts in Europe, is expected to reach completion by 2025.

“Our ambitious plans to deliver full fibre connectivity to almost every home and business across Glasgow is a major undertaking and I am excited to see our plans progressing, with the rollout now underway in the north west of the city,” commented David Cannon, CityFibre’s city manager for Glasgow. “We have previously worked with our build partner Glenevin to deliver projects in other areas of Scotland, and I know they will work to deliver the project quickly, with as little disruption as possible to residents. I would like to thank the local community for their patience as we work to make Glasgow one of the world’s best digitally connected cities.”
As the network is completed in each neighbourhood and once activated, internet service providers (ISPs) will ‘light up’ residential broadband packages.

Glasgow is one of a growing number of locations in the UK to benefit from CityFibre’s £4 billion Gigabit City investment programme which is designed to bring new and better broadband infrastructure within reach of up to eight million homes and businesses nationwide. The work in Scotland’s largest city follows similar projects this summer in Norwich, Middlesbrough and West Sussex.