Seven.One secures first right access with Talpa Concepts | Deals | News | Rapid TV News
By continuing to use this site you consent to the use of cookies on your device as described in our privacy policy unless you have disabled them. You can change your cookie settings at any time but parts of our site will not function correctly without them. [Close] 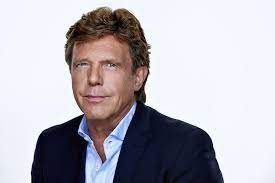 Seven.One will also be the exclusive producer for all new Talpa formats in the TV markets in Germany, Austria and Switzerland. The contract runs for several years.

Wolfgang Link, member of the executive board of ProSiebenSat.1 Media SE and CEO Seven.One Entertainment Group, commented: “John de Mol [pictured] is one of the most creative minds in our industry. With his successful formats such as 'The Voice of...' he has developed worldwide TV hits - and also brought real TV highlights to our media group. As of now, the Seven.One Entertainment Group has the first pick on all future formats from John's new creative production house. For our viewers, this deal is a real win, as it further strengthens our offering of first-class entertainment.”

“The German market can count on new innovative content to enter the marketplace," de Mol commented. "I have the ideal situation in the Netherlands that not only I can develop and produce new innovative content but also air it on one of my own channels. Looking at our current pipeline in the Netherlands I am convinced we can surprise the German market. I have been working well with ProSiebenSat.1 for many years already and I am looking forward to continuing the relationship with this deal.”

Added Henrik Pabst, chief content officer of Seven.One Entertainment Group: “John de Mol knows how to entertain TV audiences around the world. I'm all the more pleased that Seven.One Entertainment Group will now also be the exclusive producer of all Talpa Concepts’ future TV content in the German-speaking market. This cooperation also strengthens our future production business. I am looking forward to working with Talpa Concepts.”