Altnet body INCA sees membership boom | Infrastructure | News | Rapid TV News
By continuing to use this site you consent to the use of cookies on your device as described in our privacy policy unless you have disabled them. You can change your cookie settings at any time but parts of our site will not function correctly without them. [Close] 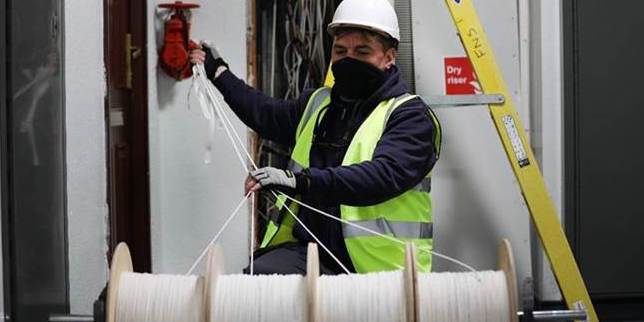 As the independent sector is already playing a critical role in delivering the government’s Project Gigabit targets, the growth in membership is a clear reflection of the strength of the altnet sector, representing an increasingly vital element of the digital infrastructure fabric of the country.

The new INCA members include the return of industry stakeholder CityFibre, along with new operators including Freedom Fibre, Borderlink Broadband, Giganet, Spring Fibre, Save9, Toob and F&W Networks.

INCA’s surge in new membership coincides with the findings of a recent report from Point Topic which identified that 2.5 million homes and businesses can now connect to an independent fibre broadband network and described an estimated £12bn in funding secured by the independent sector in the period to 2025.

Malcolm Corbett, CEO at INCA, said: “As we welcome INCA’s new members, our unified presence in the industry reflects the overall strength of the independent sector. With the impressive funding achieved the altnets are well positioned to meet the Gigabit Britain challenge.

“INCA is dedicated to representing the interests of the thriving independent sector and the new members affirm the confidence that the industry holds in our experience and insight. Virgin and Openreach have been the dominant forces in UK broadband, but it’s clear that together the altnets also wield substantial and growing influence. The influx of new members we have seen and the amount of funding the sector is receiving are good indicators of our collective strength.”

Independent operators are expected to reach more than 6.6 million premises with fibre by the end of 2021 with an estimated 1.1 million live connections. As INCA expands its membership, the concerns and ambitions of the independent sector are presented with a unified voice to government and regulator alike to press home the importance of ensuring that the playing field remains both open and fair to all.