Amazon, Netflix drive British appetite for SVOD | Media Analysis | Business | News | Rapid TV News
By continuing to use this site you consent to the use of cookies on your device as described in our privacy policy unless you have disabled them. You can change your cookie settings at any time but parts of our site will not function correctly without them. [Close]

As of June 2021, there are 16.7 million VOD-enabled households in Britain, as 57% are subscribed to at least one service, while figures for those taking on new subscriptions take a fall compared to last year. 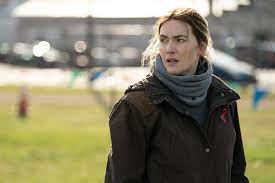 That’s according to analyst firm Kantar, which notes that as British households adopt streaming services this correlates with a decrease in the proportion of households subscribing to cable TV services such as Virgin and Sky – taking a downturn from 42.2% last year to 39.1% in Q2 2021 as potentially viewing needs are increasingly being satisfied by streaming services.

While SVOD platforms begin to witness a slowdown in attracting new customers, Amazon Prime Video remains in first place, securing over a third of signups, a title it has held for the past five quarters. However, it’s Netflix that dominates as the entry-level subscription service, with 44% of its new subscribers never having taken out an SVOD service before.

Once Netflix adopts new subscribers, they tend to stay loyal. Netflix has the highest length of subscription with 70% of subscribers having the service for more than two years. NOW comes second with 57% and APV sits at 52%. With 77% of VOD-enabled households in Britain having a Netflix subscription, it continues to be the most significant player in the market.

In contrast, after over a year of service, Britbox has only managed to achieve 2% penetration in the market. The main areas of dissatisfaction with Britbox lie in the lack of ability to download content (-15%) and value for money (-16%). For Britbox to compete against the big players it must convince subscribers that its mixture of nostalgia-inducing titles like Spitting Image, and new releases such as The Beast Must Die are worth signing up for.

Kantar notes that Brits love a crime drama. Shows such as Line of Duty, Mare of Easttown and Lucifer top the list - with Lupin and Time also featuring in the top 10. With some content from British broadcasters, eg, BBC’s Line of Duty, also being licensed to SVOD platforms, new commercial relationships are evolving to provide consumers with a range of opportunities to view popular content.

The top content enjoyed corroborates with Kantar’s data on favourite genres, as drama has been the favourite genre for British VOD households since the firm’s tracking service began in Q1 2020. Almost a fifth of subscribers rate this genre first, followed by action & adventure and sci-fi & fantasy.

Although Disney+ is renowned as the streaming service for families due to long standing brand association, it faces tough competition from Netflix and Amazon Prime Video across share of pre-school (0-7 years old), school age (8-15) and older kids households (older than 16). Looking at network share within each of these families, Netflix leads across all three. Comparing YoY, Netflix has lost share in all three families, while Disney+ has gained share in the younger two families, signifying that it has made an impact on the market since its launch. Prime Video has gained across all three family groups and with their overall new subscriber growth remaining top – this makes it the biggest threat to traditional family players like Disney.