Castle makes Great! move | Deals | News | Rapid TV News
By continuing to use this site you consent to the use of cookies on your device as described in our privacy policy unless you have disabled them. You can change your cookie settings at any time but parts of our site will not function correctly without them. [Close] 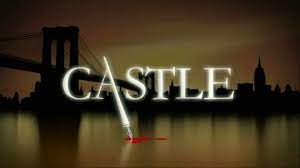 When viewers first meet Richard Castle — a famous mystery novelist and divorced father raising his teenage daughter, whilst being kept grounded by his diva mother — he has writer’s block. But when the NYPD questions him in connection with a series of copycat murders staged to imitate crime scenes from his books, Castle finds inspiration in Detective Kate Beckett, a bright homicide cop with a fascination for difficult cases stemming from the unsolved murder of her own mother.

Though they initially clash, sparks of another sort soon begin to fly, leading to more danger and possible romance. After the case is solved, Castle uses his friendship with the mayor to continue working with Beckett to investigate perplexing homicides in New York, bringing together his writer’s intuition and her dogged detective work.

Starring Nathan Fillion (Firefly, The Rookie) as Richard Castle and Stana Katic (Absentia) as NYPD Detective Kate Beckett, Castle season one launches on Great! TV on 26 July, with new episodes airing every weekday and repeated every Saturday. The channel will air all eight seasons of the show.