Verizon Fios takes on RTVI | Deals | News | Rapid TV News
By continuing to use this site you consent to the use of cookies on your device as described in our privacy policy unless you have disabled them. You can change your cookie settings at any time but parts of our site will not function correctly without them. [Close]

Verizon Fios TV, one of the largest cable TV operators in the US, has expanded its content portfolio by adding international Russian-language TV channel RTVI to its bouquet. 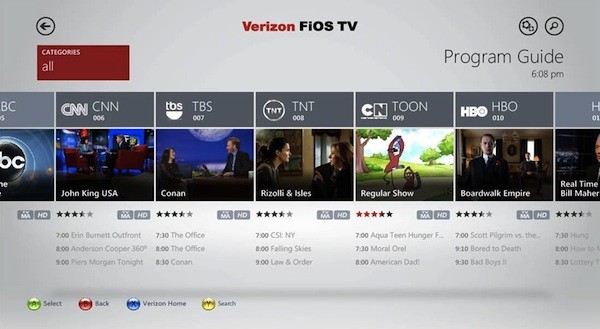 Headquartered in New York, RTVI was created in 2000 and its output includes a TV channel, website and presence on all major social networks. The station’s total multimedia coverage extends to 225 million people and it has a total age of channel audience of 22 million people on more than 250 broadcasting operators over the world.

In addition to the US, the company’s territories include Canada, Europe, Israel, CIS and the Baltic countries. In 2021, the channel began broadcasting in Asia and it has a correspondent network in 13 cities around the world, including New York, Los Angeles, Moscow, Tel Aviv, Berlin, Riga, Yerevan, Tbilisi, Kiev, Tallinn, Paris, London and Vilnius.

RTVI regards the launch on the Fios platform is “historically important”. It will be carried on Verizon Fios TV’s Russian Package along with such channels as the international version of Channel One, RTR Planeta and RTN.

“We are pleased to announce RTVI will now be available on Verizon Fios TV in the United States,” said Sergey Shnurov, RTVI general producer commenting on the deal. “Thanks to the launch, the channel will become even closer to the American audience, which is well acquainted with the brand, and will also help to attract new audiences through subscribers on the Verizon Fios TV platform, where local news in Russian, international programmes created in RTVI studios, as well as the best Russian films and TV series will be available.”