All3Media acquires NENT Studios UK | Media Investment | Business | News | Rapid TV News
By continuing to use this site you consent to the use of cookies on your device as described in our privacy policy unless you have disabled them. You can change your cookie settings at any time but parts of our site will not function correctly without them. [Close]

In the latest of the seemingly  continual corporate shake ups at the Nordic media firm, NENT Group has announced that it has divested its NENT Studios UK distribution business to global TV, film and digital production and distribution company All3Media. 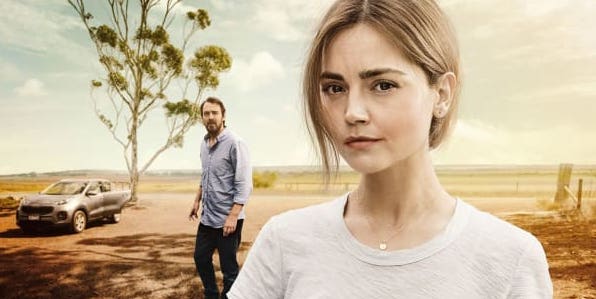 Specific financial details of the transaction have not been disclosed but NENT Group says that the sale is in line with its previously stated ambition to focus its NENT Studios business line on scripted content for its Viaplay streaming service. In 2020, NENT Group announced its intention to reorganise NENT Studios to focus on scripted content production for Viaplay, and to divest NENT Studios’ non-scripted production, branded entertainment and events businesses. NENT Group will retain its stake in its UK joint venture with FilmNation Entertainment.

NENT Studios’ UK currently distributes more than 10,000 hours of content including high-profile titles such as Doc Martin, The Cry (pictured), Yorkshire Vet and Don’t Tell the Bride, and is developing original productions such as Close to Me. it annouced its first original series in August 2020.

Commenting on the sale, Gabriel Catrina, NENT Group EVP and chief financial officer said: “All3Media’s position as a global distributor and storyteller makes it an ideal home for NENT Studios’ UK distribution business. This agreement and the ongoing sale of our Nordic non-scripted businesses are in line with NENT Group’s strategy of focusing on scripted content for our fast-expanding Viaplay streaming service, which will be available in at least 15 countries by 2023.”

Jane Turton, All3Media CEO, said: “NENT Studios UK has a deep, high quality, distribution catalogue and I’m really pleased that Louise Pedersen and All3Media International will be in a position to add titles such as the upcoming original drama Close to Me, as well as Doc Martin, Catchphrase, and Don’t Tell the Bride to our distribution slate. There has never been more demand for high quality IP, and we are all looking forward to working closely with the producers of these shows.”