FIFA resolves free-to-air dispute with TUI Cruises | Major Businesses | Business | News | Rapid TV News
By continuing to use this site you consent to the use of cookies on your device as described in our privacy policy unless you have disabled them. You can change your cookie settings at any time but parts of our site will not function correctly without them. [Close]

The legal dispute between FIFA and TUI Cruises that had been pending at the Copyright Dispute Chamber of Hamburg District Court since 1 July 2020 has been resolved by way of a settlement between the parties. 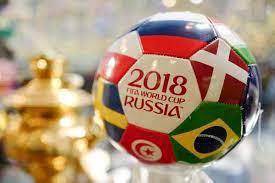 FIFA had filed a lawsuit against TUI Cruises due to the latter having received and broadcast live transmissions by German broadcasters ARD and ZDF of matches from the 2018 FIFA World Cup and the FIFA Women's World Cup 2019 on its cruise ships in international waters. TUI Cruises had not obtained a licence from FIFA's authorised sales agency permitting the reception and broadcast.

The two parties have now submitted their settlement agreement to be ratified and published by the court.

Under the agreed settlement, TUI Cruises has recognised FIFA's copyright in the basic feed, which is produced by FIFA and licensed to international TV broadcasters. TUI Cruises has further undertaken to FIFA that it will refrain from using the FIFA basic feed (even if received from ARD or ZDF) on its ships.

This includes by means of the on-board TV system available in the cabins or in the catering and entertainment areas, unless TUI Cruises has obtained a suitable licence from FIFA or its official licensing partner for the in-ship rights.