Social video emerges as key complement to linear TV | Media Analysis | Business | News | Rapid TV News
By continuing to use this site you consent to the use of cookies on your device as described in our privacy policy unless you have disabled them. You can change your cookie settings at any time but parts of our site will not function correctly without them. [Close]

A report from the Global Video Measurement Alliance (GVMA) has shown that despite the real and current threats facing traditional linear TV in media negotiations, the right social video strategy can play an important role in filling the gaps and can be used to the advantage of advertisers. 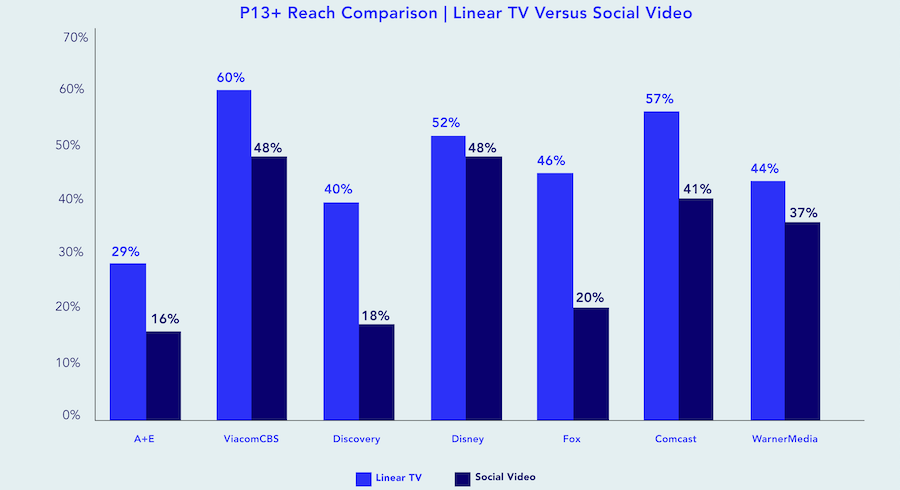 The GVMA is a coalition of media, agencies and brands working together on new social video measurement standards to understand the true reach and engagement of audiences globally. Its members include Viacom, Discovery, Ellen Digital Network, Corus Entertainment, VICE, BuzzFeed, Group Nine, Media Chain and BBC Studios. The report uses data from Nielsen and Tubular Labs to compare traditional TV ratings with social video ratings. The latter was made possible using Tubular Audience Ratings, which provides de-duplicated unique viewers and minutes-watched across Facebook and YouTube.

In all, the Discovering Audiences on Social Video study showcased how social video has seen audiences grow in the US and by genre, attract younger demographics not seen in linear TV and engage viewers at a high rate. It noted the changes and challenges in the pay-TV market with a ‘dramatic’ decline in linear TV viewing across all demographics except adults 65 and older has been dramatic. Especially for teens and adults 18-34, who are watching less than half the linear TV than they were in 2010. The GVMA warned that the challenges that advertisers and agencies are facing with linear TV supply are very present currently. It added that advertisers that continued to rely on network and cable would face the continued challenge of CPM increases due to diminished supply.

Yet the report also highlighted the complementary audiences for social video and linear TV. It observed that traditional linear TV companies have made national scale a major part of what’s offered to advertisers. The GVMA believes that for these companies, across all owned properties, social video offers 75% of the reach that linear provides, and for Disney, nearly the same reach.