Eurovision 2021 draws 183MN viewers | Ratings/Measurement | News | Rapid TV News
By continuing to use this site you consent to the use of cookies on your device as described in our privacy policy unless you have disabled them. You can change your cookie settings at any time but parts of our site will not function correctly without them. [Close]

The dreaded words “UK nul points” may have returned with a vengeance but so did nearly 200 million viewers as a whole for the Eurovision Song Contest (ESC) in its comeback after a year’s hiatus due to the Covid crisis. 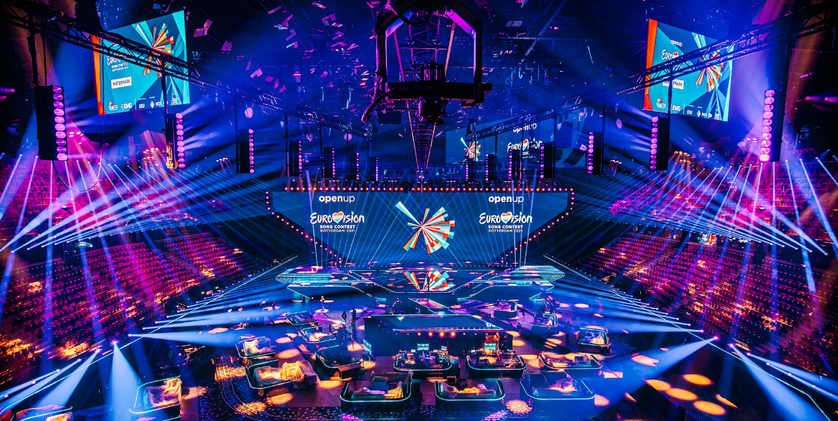 According to results produced by the European Broadcast Union (EBU) and based on Glance and relevant partners’ data and EBU members’ data, the return of the world’s biggest live music event, culminating in the Grand Final of the 65th Contest on 22 May 2021, was seen by 183 million viewers across 36 markets. The data also showed that the Grand Final achieved on average a 4-percentage point higher TV audience share than the last Contest in 2019 of 40.5%. This was more than double the average prime-time viewing share for the same group of channels (19.4%).

The Contest was a massive hit with young audiences. The viewing share of the Grand Final among 15-24 year-olds was up 7 percentage points on 2019 at 52.8%, remaining 4 times higher than the broadcast channels average (14.5%).

In the winning country, Italy, the ESC delivered its largest audience for national broadcaster Rai since they re-joined the competition after a 13-year absence in 2011. An average of 4.3 million viewers watched the Grand Final, accounting for 24.4% of TV viewing in the country. Host country the Netherlands saw its biggest audience for the Grand Final on record, up 21% on 2019. 5.4 million viewers watched on Dutch national broadcaster NPO, who staged the event with NOS and AVROTROS. The audience made up 78.5% of TV viewing in the Netherlands.

Germany continued to deliver the largest audience of all markets for the 11th consecutive year with 7.8 million viewers, up 3% on 2019 while fourth-placed Iceland once again had the largest viewing share of any market at 99.9%. Finland made it to the Grand Final after a year’s absence in 2019 and delivered its best audience on record with 1.4 million viewers, accounting for 81.4% of TV viewing in Finland. This was almost three times the audience delivered in 2019.

In a telling pointer to the future longevity of the show, the week of the Eurovision Song Contest drew 50.6 million unique online viewers across 234 countries watched on the official YouTube channel, up 28% on 2019. 18-34 year-olds made up 71% of those who viewed live content.

The same week the Contest’s official social media accounts generated 14 million engagement actions on posts on Instagram, Facebook, Twitter and TikTok. The new TikTok channel, launched 100 days before the Grand Final, also generated 4.3 million engagement actions. Content on the official Facebook page reached 21 million people with a further 8 million people reached on Instagram where posts were seen 170 million times. Nearly 5 million tweets about the Contest were sent on the night of the Grand Final with almost 80 million total views for videos related to Eurovision during the week of the event.