Mediapro kicks off media rights to Chinese Super League | Deals | News | Rapid TV News
By continuing to use this site you consent to the use of cookies on your device as described in our privacy policy unless you have disabled them. You can change your cookie settings at any time but parts of our site will not function correctly without them. [Close]

Spanish pay-TV provider Mediapro has signed an agreement with the Chinese Football Association to commercialise the international media rights to the Chinese Super League. 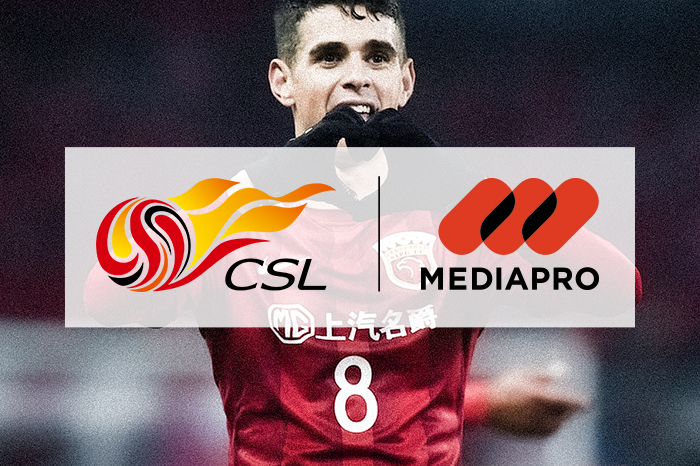 The Chinese Super League is one of the most popular football leagues in Asia. World class European and South American players including Oscar, Marko Arnautović, Paulinho, Anderson Talisca, Marouane Fellaini, Renato Augusto, Cédric Bakambu and Jonathan Viera have all been attracted by Chinese football, bolstering the competition’s forecasts for growth in the coming years.

The deal includes China League One and League Two for the 2021, 2022 and 2023 seasons with an option to extend the deal for a further two years.

Jaume Roures, founding partner of the Mediapro Group, said: “We are very proud of the trust the Chinese Football Association has placed in us. The Group's experience in sports rights management will be key to boosting the value of their competitions”.

Added Pilar Jiménez, CEO of Mediapro Asia Pacific: “The Mediapro Group will bring to bear our expertise and knowhow to contribute to the growth and distribution of the Chinese Super League to households the world over.”