Filmzie releases new content from all3media | Deals | News | Rapid TV News
By continuing to use this site you consent to the use of cookies on your device as described in our privacy policy unless you have disabled them. You can change your cookie settings at any time but parts of our site will not function correctly without them. [Close]

In an expansion of its existing catalogue of content from the leading media company, streaming and social platform Filmzie has released new content from all3media International. 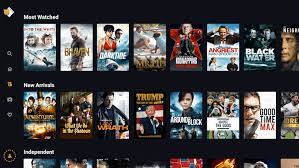 This is an expansion of the existing Filmzie catalogue of all3media International content which currently includes British television drama such as Lynda La Plante's The Commander, Accused, Extremely Dangerous with Sean Bean, Ultimate Force on the Red Troop of the SAS, Field of Blood and Secret State plus comedy including Fresh Meat, Honest, Beaver Falls and Skins.

Viewers can access Filmzie content for free through its advertising-based video-on-demand (AVOD) model. Filmzie is available as a linear channel on Samsung TV Plus and on Fire TV, iOS and Android apps, or filmzie.com.