Connected TV, VOD embedded in UK viewing habits | Media Analysis | Business | News | Rapid TV News
By continuing to use this site you consent to the use of cookies on your device as described in our privacy policy unless you have disabled them. You can change your cookie settings at any time but parts of our site will not function correctly without them. [Close]

A FreeWheel study into attitudes towards free-to-access video platforms with advertising has found that on-demand video is now a staple of UK viewing, and that connected TV is the preferred device of the respondents for accessing this premium content. 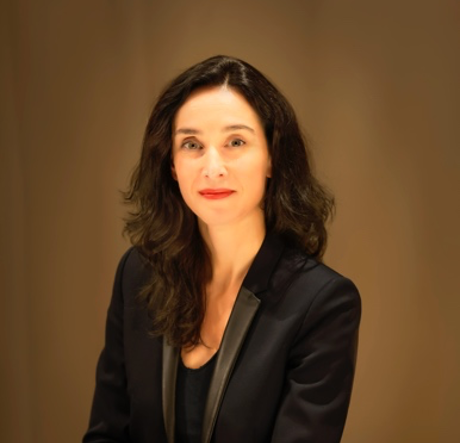 The study was carried out by independent research company Happydemics and aimed to discover how UK viewers use video devices and platforms, understand the reasons behind their preferences and explore attitudes towards free-to-access video platforms with advertising. The study was carried from 17–23 February 2021 taking the views of 1,006 respondents who are representative of the UK population. The 20% that reported they did not have a connected TV in their household were not asked any further questions. The survey was also carried out in France, Germany and Italy.

UK connected TV viewers were found to be heavy VOD users, with 91% of UK respondents with a connected TV regularly using these types of video platforms. On average they claimed to use between four and five VOD platforms, slightly above the average of the four European countries examined in the survey, that is the UK, France, Germany and Italy.

Three-fifths of UK connected TV viewers surveyed identified the platform as their preferred device for watching VOD content. The top two reasons for this preference were that they can enjoy a better user experience (59%), and that they could watch together with family and friends (40%). FreeWheel suggested that these opinions can be interpreted as indicating that the TV set remained a social device, where viewers share a common experience, even in the non-linear environment of VOD.

The only demographic group showing distinctly different attitudes towards connected TV were 15–24-year-olds. While 38% of respondents in this age range preferred watching VOD content on connected TV, 27% said that they would rather use a mobile device or computer screen. The top three reasons for preferring a mobile device were the ability to watch video on the go at any time, a quest for privacy, and the intimacy of the viewing experience. This difference in attitude can be put into context by considering this age group’s appetite for multi-screening and for watching video on the go. Nearly three-fifths (59%) of respondents in this age range who liked viewing video content on connected TV, indicated that they do so because it allows them to use a mobile device at the same time.

Connected TV users accessed a variety of video platforms, with 63% saying they pay for a subscription-video-on-demand (SVOD) service, 45% claiming to use broadcaster video-on-demand (BVOD) catch-up provisions, and 20% reporting they use free-to-access advertising-supported video-on-demand (AVOD) platforms. SVOD subscribers appeared to be keen to explore AVOD platforms, with 28% already using them regularly, 24% considering using them alongside SVOD, and 14% interested in substituting them for their paid-for service.

With the survey showing a fifth of connected TV users already watching ad-supported video services, AVOD use was found to be more advanced in the UK than across the other four European countries surveyed, where the overall average is 16%. UK respondents that connected their TV set using an external device such as a set-top-box, TV stick or games console, were more likely to watch ad-supported video, with 28% using an AVOD platform. FreeWheel noted this trend may be related to better distribution and an easier access to AVOD platforms on these devices.

According to the survey, the perception of advertising on connected TV was strong, with 64% of users rating this device as their first screen where they pay most attention to ads. Over half (58%) of connected TV users found advertising less intrusive on this screen than on other screens. The majority (59%) preferred personalised ads that are relevant to their individual interests, increasing to 66% among the 15-24 age group.

Looking as to what trends could be divined from the survey, Virginie Dremeaux, executive director, product and sales marketing international of FreeWheel (pictured) said the results illustrated how on-demand video appeared to be a staple of UK viewing, and that connected TV was the preferred device of the respondents for accessing premium content due to the enhanced user experiences and opportunity for shared viewing.

“Consumers surveyed tend to be shifting to new premium video platforms across the streaming ecosystem, and are open to relevant and personalised advertising messages on the TV set,” she remarked. “It is significant to note that interest in ad-supported platforms seems to be strong among the respondents, especially among subscribers to paid-for video services.”