Apple unveils next generation of Apple TV 4K | 4K/UltraHD | News | Rapid TV News
By continuing to use this site you consent to the use of cookies on your device as described in our privacy policy unless you have disabled them. You can change your cookie settings at any time but parts of our site will not function correctly without them. [Close]

As part of a flurry of launches across its smartphone, desktop and media product lines, CE giant Apple claims to have made even better its Apple TV 4K device for watching shows and films. 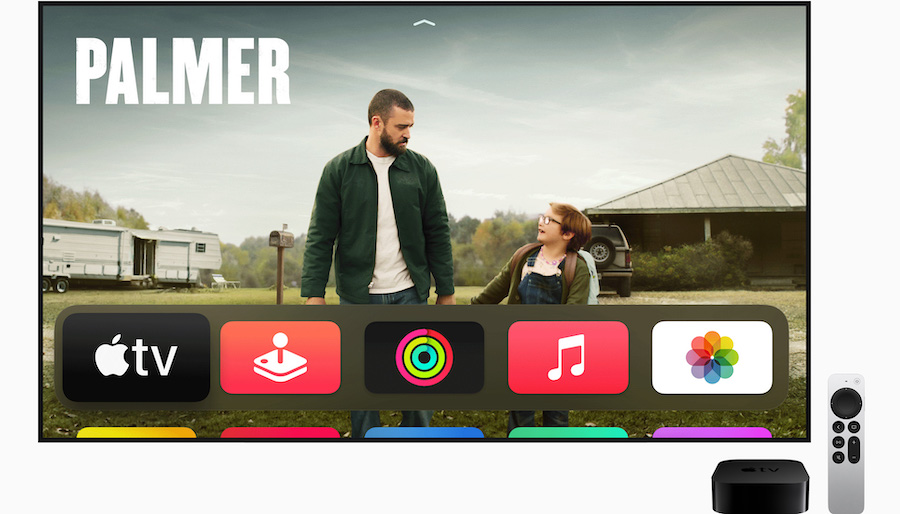 The new line features an all-new Siri Remote, enhancements in colour balance technology and high frame rate high dynamic range (HDR) with Dolby Vision. At the heart of the new Apple TV 4K is the A12 Bionic chip that is said to provide a significant boost in graphics performance, video decoding and audio processing.

With A12 Bionic, Apple TV 4K now supports HDR and Dolby Vision video at 60 frames per second (fps) to play more smoothly and appear more lifelike than ever before. Apple said that it had been is working with leading video providers around the world, including FOX Sports, NBCUniversal, Paramount+, Red Bull TV, and Canal+, as they begin to stream in high frame rate HDR. And with high frame rate support in AirPlay, videos shot on iPhone 12 Pro can be displayed in full 60-fps Dolby Vision on the new Apple TV 4K. Through a colour balance process, Apple TV works with iPhone and its advanced sensors to improve a television’s picture quality. Using this data, Apple TV automatically tailors its video output to deliver what is said to be much more accurate colours and improved contrast without customers having to adjust their television settings.

Apple TV 4K is also claimed to deliver the most cinematic home theatre experience, giving customers easy access to all their favourite entertainment on the biggest screen in the home, like award-winning shows and movies on Apple TV+, including Ted Lasso, The Morning Show, Greyhound and Wolfwalkers, and other popular video services through the Apple TV app. Using AirPods, up to two viewers can enjoy private listening without disturbing others.

“Apple TV 4K is in a category of its own, leveraging a deep integration of Apple hardware, software, and services that delivers a massive upgrade to any TV for the very best cinematic experience,” said Bob Borchers, Apple’s vice president of worldwide product marketing commenting on the launch. “With the A12 Bionic and the all-new Siri Remote, Apple TV 4K lets customers enjoy their favourite shows, movies, and more in the highest quality, with simple and intuitive controls. And of course, Apple TV 4K offers easy access to Apple services, along with thousands of apps on the App Store for even more entertainment options.”

Offering his opinion on the launch, technology, media and telecoms Analyst Paolo Pescatore of PP Foresight said that a new Apple TV was well long overdue given the company’s growing aspirations in TV and given that all of its rivals had been moving at stealth mode in releasing new devices and features every year.

“The new redesigned Apple TV remote looks to be more intuitive [and] support for higher frame rate (60 fps) will be music to the ears of broadcasters, providing users with a smoother viewing experience for live sports in high formats,” he said. “Colour balance will be one feature that will not get a lot of airtime but should. While, users are buying state of the art TVs, they’re likely not calibrated. For sure, there are areas in services and in the home that are still work in progress. Apple has the assets and is slowly putting all of the pieces together.”
Tweet