Korean originals star in new Viu slate | Programming | News | Rapid TV News
By continuing to use this site you consent to the use of cookies on your device as described in our privacy policy unless you have disabled them. You can change your cookie settings at any time but parts of our site will not function correctly without them. [Close]

First-on-service, simulcast and exclusive titles ranging from Korean and Chinese dramas to Japanese Anime are at the vanguard of the curated content line-up for Q2 from PCCW’s leading pan-Asian OTT video streaming service Viu. 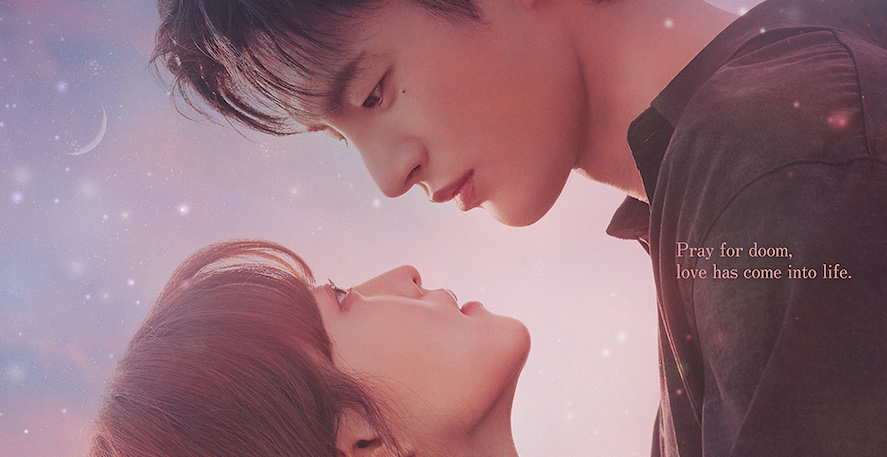 Headlining the titles is Viu’s second Korean Viu Original, romance drama Doom at Your Service (pictured). Premiering in May, it tells the story of Dong Kyung, a web novel editor who is diagnosed with brain cancer. Blaming her unlucky life and wishing to curse everything to disappear, she unintentionally summons Myul Mang, a messenger between humans and gods to appear. When he unexpectedly offers to grant her wishes, she makes a contract with him for a hundred days to live as she wants, risking everything in the process. Doom at Your Service is penned by the same scriptwriter behind light-hearted fantasy drama The Beauty Inside and directed by Kwon Young Il whose previous work includes well-received titles like Suits, Search: WWW and My Unfamiliar Family.

Coming to Viu-ers first-on-Viu, supernatural drama Sell Your Haunted House follows Hong Ji Ah, the owner of a real estate agency who has a special ability to see and exorcise spirits. Veteran actress Jang Na Ra, beloved in Asia and known for top-rated titles like Couple on the Backtrack, An Empress’ Dignity and V.I.P., plays Hong Ji Ah. The series, directed by PD Park Jin Suk (School 2017), also stars lead singer of K-pop boy band CNBLUE, Jung Yong Hwa, with fans anticipating his performance in his first drama after military discharge back in 2019.

Viu also announced that popular drama series The Penthouse which has topped not just Viu’s ranking charts, but also created phenomenal ratings in Korea, will continue with its third season in June. The series, also first on Viu, continues the journey of three women fuelled by revenge, greed and desire, in their fight for the symbolic penthouse in Hera Palace.

Returning for a fourth season in June, Voice 4 follows the Golden Time team as they solve urgent real-time incidents received through phone calls on the emergency service line, bringing to Viu-ers “adrenaline-charged” action. In this season, the team will be set in Jeju Island, famous for its tourist attractions.

Four Japanese anime titles will also be available this April in selected markets within 24 hours from Japan. Titles include The Time I Got Reincarnated as a Slime: The Slime Diaries, a spin-off of the That Time I Reincarnated as a Slime series which is also available on Viu; I’ve Been Killing Slimes for 300 Years and Maxed Out My Level, comedy isekai title; Zombie Land Saga Revenge; and season five of the popular shonen anime title My Hero Academia.