The Q India hits goal of 100MN TV homes | Ratings/Measurement | News | Rapid TV News
By continuing to use this site you consent to the use of cookies on your device as described in our privacy policy unless you have disabled them. You can change your cookie settings at any time but parts of our site will not function correctly without them. [Close]

The Q India, the Hindi language youth channel, has reached its 2021 goal of distribution to 100 million TV households as a result of launching on both DD Free Dish & Dish TV this month. 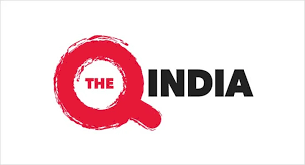 With a library of 850 programmes, and beginning in April with the addition of DD Free Dish, the channel will reach an audience of over 712 million via 100 million television homes with partners including DD Free Dish, TATA Sky, DISH TV and SitiNetworks; 380 million OTT users via platforms including ShemarooMe, MX Player, ZEE5, and Dish Watcho; and 232 million users on mobile and digital platforms including Snap, JioTV, Airtel Xstream, Amazon Fire TV, Chingari and Samsung TV Plus.

“2021 continues to be a year where The Q India is accelerating the depth and breadth of our foundation for becoming a mainstream brand and media company in India," said Sunder Aaron, co-founder and GM of QYOU Media India, commenting on reaching the milestone. "We have stated our goal of being a leading youth brand in India and distribution agreements like these are a key to making that happen. In addition, these are critically important building blocks as we pursue growing ratings and the ensuing revenue that will occur”.