GetCourse goes G-Core as global video CDN provider | Infrastructure | News | Rapid TV News
By continuing to use this site you consent to the use of cookies on your device as described in our privacy policy unless you have disabled them. You can change your cookie settings at any time but parts of our site will not function correctly without them. [Close]

As its builds up its clients base of video service companies who use its infrastructure, international cloud and edge solutions provider G-Core Labs has become a global CDN provider for the GetCourse platform allows the platform to deliver video content quickly to users around the world. 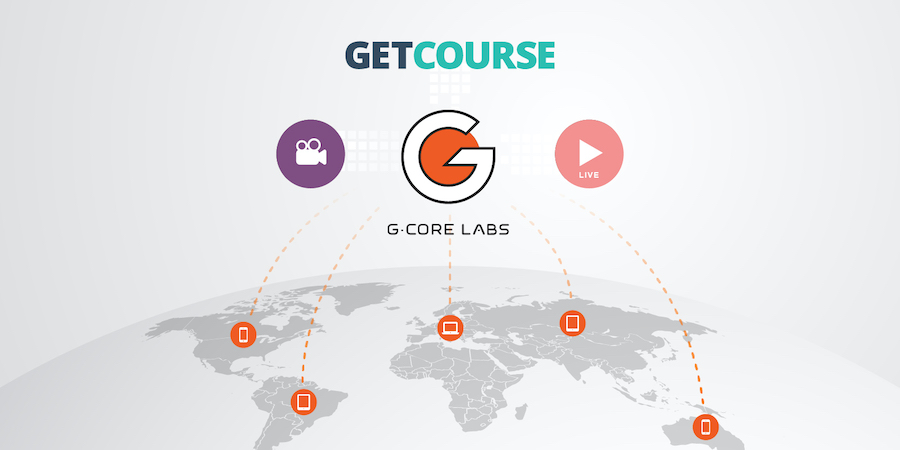 GetCourse is one of the world's largest services for selling and conducting of online training and the content delivery network and in Eastern Europe, approximately 70% of all online courses are sold on the platform. As more than 9,000 authors conduct their classes, they have uploaded approximately 700 Tb of videos and images to the platform.

The management of GetCourse decided to solve the problem of the load on the network with the help of a CDN and the first experience showed that local providers could cope satisfactorily with the delivery of content in Eastern Europe and the CIS, but they were not able to provide users from other places — for example, from Japan, Australia, Europe or America — with an acceptable video viewing speed. There was also a problem with international solutions.

“Every day, three million visitors come to the websites of schools running on our servers, and this audience can be located all over the world,” noted GetCourse co-owner and managing partner Sergey Mikhailov, outlining the problem faced. “We were faced with the challenge to quickly and efficiently deliver video to everyone where he is. We took probably the most famous CDN in the world and tried to connect it. Everything was fine, but there was one problem: given the petabytes of traffic that we transmit monthly, the price for the services of the world leader turned out to be high.”

The company then engaged G-Core Labs which offered its CDN. The test of the content delivery network was implemented in what was said to be record time with GetCourse programmers and G-Core Labs technical support specialists setting up and fully preparing the CDN for operation in two days. The speed and quality of content delivery was first checked for 10% of the traffic, and then the company began to use the CDN for 100%. "The main advantage for us is that the price is significantly lower than the [previous supplier]. All this allowed us to make an unambiguous choice,” Mikhailov added.