Discovery cooks up three lifestyle commissions | Programming | News | Rapid TV News
By continuing to use this site you consent to the use of cookies on your device as described in our privacy policy unless you have disabled them. You can change your cookie settings at any time but parts of our site will not function correctly without them. [Close] 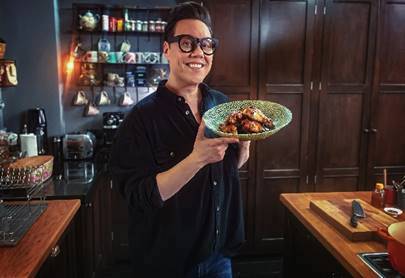 The commissions include a brand-new series, Michel Roux Jr.’s Simple French Country Cooking (w/t) and a second series of Gok Wan’s Easy Asian for Food Network and My Mortgage Free Home with Amanda Lamb for HGTV.

Outline Productions has produced Michel Roux Jr.’s Simple French Country Cooking (w/t) (8x60’) for Food Network. Set for transmission in the summer the series offers a slice of life in the South of France, follows Roux to the rural retreat in the Ardeche where he escapes each summer sharing how he likes to cook simple French country cooking from home. The series has been co-funded by Samsung and will be distributed by all3media International.

Gok Wan is back to share his passion for Asian food in a second series of Gok Wan’s Easy Asian (8x30’, plus a Christmas special) produced by Banijay UK Company Sidney Street due to air on Food Network later this year. The chef and lifestyle coach takes viewers through his repertoire of recipes from restaurants, cafes and food trucks up and down the country, such as giant spring rolls, pad Thai and green Thai curry. He is also throwing in a brilliant splattering of tasty East Asian dishes that may be new, such as Tonkotsu and Char Kwai Taow.

Property expert, Amanda Lamb returns to HGTV this year for a second series of My Mortgage Free Home (15x60’), produced by Raise the Roof. She shows families how freeing up equity in their homes could allow them to start a brand-new, debt free life. The show sees Lamb find homes local to the families existing homes, as well as in parts of the UK that offer great value.

The three series were ordered by Clare Laycock, Discovery UK  SVP planning and head of content, lifestyle and entertainment. On ordering the shows she said: “I’m delighted to announce these recommissions for Gok Wan’s Easy Asian and My Mortgage Free Home. Both series were lockdown commissions from last year so it’s great to see them returning. I’m also really looking forward to living vicariously through Michel Roux Jr. as he shares his idyllic French country cooking with us.”