UKTV embarks on scripted comedy ‘supercharge’ | Major Businesses | Business | News | Rapid TV News
By continuing to use this site you consent to the use of cookies on your device as described in our privacy policy unless you have disabled them. You can change your cookie settings at any time but parts of our site will not function correctly without them. [Close]

Aiming to beef up its ambitions to drive further into what will be a key genre for the multi-channel broadcaster, UKTV has appointed Sarah Asante as commissioning editor in scripted comedy. 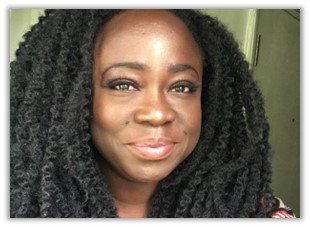 Explaining the rationale for the appointment, UKTV said that it had experienced a year of strong growth in 2020 and three of its scripted comedy commissions rated highly on the network. On flagship channel Dave, cult sci-fi series Red Dwarf: The Promised Land was watched by over two million viewers, making it the channel’s most watched show in seven years, and Meet The Richardsons became the strongest launch for a brand-new original series for five years with 1.13 million people tuning in. The Gold channel’s, scripted comedy series Sandylands starring Sanjeev Bhaskar and Natalie Dew was the second highest rating show of the year.

As a result, UKTV CEO Marcus Arthur made a commitment to increasing investment in original programming in 2021, strengthening partnerships with the production community, and growing on-demand service UKTV Play. The company’s target for 2021 is to make its biggest ever investment in originations.

Asante joins from the BBC and with more than 16 years’ experience working in commissioning. She started in the public service broadcaster’s comedy team as a development and digital content editor in 2015 and was later promoted to commissioning editor in 2018 - providing editorial oversight on a slate delivering short form series and long form sketch and sitcom ideas for BBC Two and Three. Her recent commissions include cult hit sketch show FAMALAM and comedy pilots Behind the Filter, written by Phoebe Walsh. She also spent over a decade working in commissioning teams across factual and entertainment at Fox International Channels, Scripps Networks, ITV and Channel 4.

Joining UKTV’s commissioning team on 12 April, Asante will report to UKTV’s head of scripted Pete Thornton and will be responsible for seeking out, developing, commissioning and executive producing brand-new scripted comedy shows for both Dave and Gold.

Thornton described the appointment as “a transformative hire” for UKTV. He remarked: “I know that UKTV is going to benefit hugely from Sarah’s experience and enthusiasm and I’m really looking forward to working with her on our burgeoning scripted slate. She joins the company at an exciting time and I’m sure she’ll quickly make her mark. As well as taking the reins on a number of returning series, Sarah will be integral in generating a portfolio of fresh content for the network. So with all that in mind, I can’t wait for her to join the team.”

Asante added: “Having admired both the comedy and comedy entertainment titles on Dave and Gold over the years, I’m beyond thrilled to play a role in seeing those channels go from strength to strength. The added commitment to amplifying more underrepresented voices in comedy matches my ambition to deliver exciting and distinctive content that audiences across the portfolio will love.”