Slovenia’s Šport TV gets into get with Extreme E | Deals | News | Rapid TV News
By continuing to use this site you consent to the use of cookies on your device as described in our privacy policy unless you have disabled them. You can change your cookie settings at any time but parts of our site will not function correctly without them. [Close]

Slovenia’s Šport TV gets into get with Extreme E 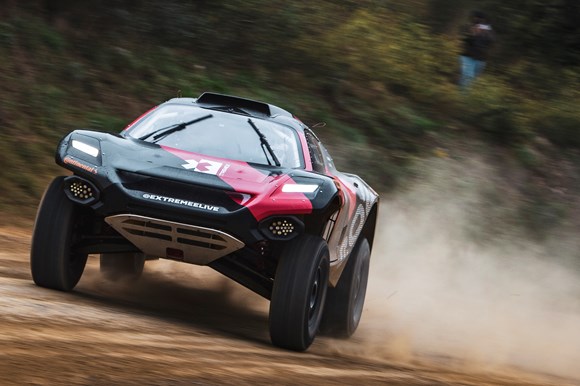 Extreme E will start racing in April 2021, across the world’s most remote environments to demonstrate the performance and benefits of electric vehicles and clean technology, while highlighting the impact that climate change is already having on these ecosystems, such as melting ice caps, deforestation, desertification, retreating mountain glaciers, plastic pollution and rising sea levels.

Šport TV will televise Extreme E’s races live and in English on its linear channels, Šport TV 1, Šport TV 2 and Šport TV 3 as well as its digital platform SportTV. Extreme E’s behind the scenes documentary shows, Climate Changers and The Electric Dream, will also be available on the channel’s video-on-demand collection.

Ali Russell, chief marketing officer at Extreme E, said: “We are delighted to be bringing our exciting broadcast package to Slovenia with Šport TV. Not only does this nation love its sport, it also shares many of Extreme E’s core values, including the importance of reducing carbon emissions through electric vehicle technology.

“I am confident that the combination of Extreme E’s thrilling wheel-to-wheel racing combined with its sport for purpose mission will totally capture the imagination of Šport TV’s audience. I can’t wait to bring the action to them when we go racing in Saudi Arabia in just 10 days’ time.”

Added Marko Bogovac, general manager at Šport TV: “We constantly offer new and interesting sports content to our audience, and at the same time, Šport TV is recognised as a national sports channel dedicated to providing added value to the society as a whole. This electric off-road championship is an excellent example of endorsing values that are highly appreciated in Slovenia, such as sustainability, green economy and the importance of reducing carbon emissions. We are happy that through this partnership we will have another opportunity to work together towards a great cause.”

Races will be held without spectators and broadcast as two-hour programmes, in a bid to reduce the championship’s carbon footprint.