ViacomCBS launches MTV play app on Virgin TV | Deals | News | Rapid TV News
By continuing to use this site you consent to the use of cookies on your device as described in our privacy policy unless you have disabled them. You can change your cookie settings at any time but parts of our site will not function correctly without them. [Close]

In a boost to the cableco’s TV bundle, Virgin TV has announced the launch of ViacomCBS Networks-owned MTV’s direct-to-consumer SVOD streaming service, MTV Play, through an app on its set-top boxes. 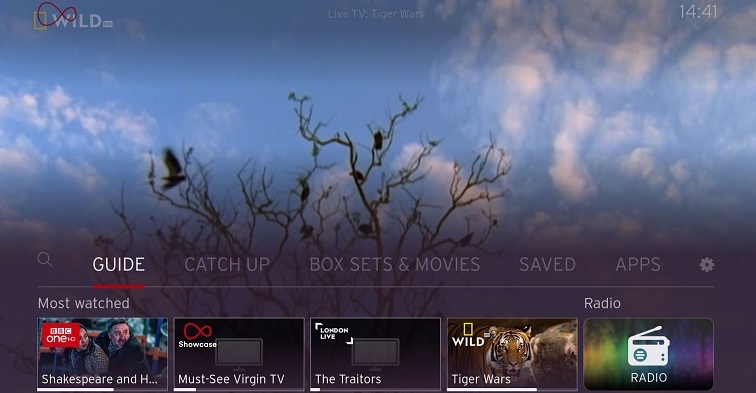 MTV Play, which is targeted at MTV’s younger, mobile -first audiences, is home to MTV UK’s hit youth-focused reality programming. The app features catch-up content from MTV, including the latest episodes of smash hit shows such as Teen Mom UK, and a library of boxset content from MTV’s most-loved titles including Geordie Shore, Ex on the Beach and The Hills. The app also provides a live linear stream of MTV UK, in addition to short form digital original series.

David Bouchier, chief TV & Entertainment officer at Virgin Media, added: “Virgin TV is all about giving our customers all of their favourite content and streaming apps in one place. The MTV Play app provides viewers who love cutting edge documentaries and reality TV shows with an immersive experience that contains hundreds of hours of top programming.”

MTV Play was first launched in the UK in 2019 on the Apple App Store and Google Play, with subscribers paying £3.99 a month for access to a wealth of on-demand content and the MTV UK linear stream. It is the latest ViacomCBS offering to be added to Virgin TV. Channel 5’s VOD service My5 and Pluto TV both launched on Virgin TV in 2020, bringing a choice of on-demand content, as well as over 100 linear channels from Pluto TV.

MTV Play now sits under VCN UK’s recently announced Growth and Partnerships division. Headed up by Fahy, the unit has been tasked with increasing streaming revenue across all of VCN UK’s streaming products, which also includes My5, Pluto TV and Nick Jr.’s interactive learning app, Noggin.