Triax passes DTG European IRS Certification Scheme | Infrastructure | News | Rapid TV News
By continuing to use this site you consent to the use of cookies on your device as described in our privacy policy unless you have disabled them. You can change your cookie settings at any time but parts of our site will not function correctly without them. [Close] 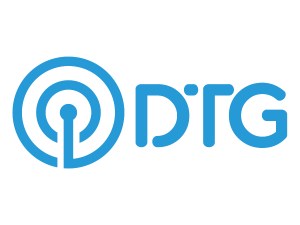 The European IRS Certification Scheme (EICS), which is the first of its kind, is aimed at providing reassurance of end-to-end device compatibility, interoperability and robust RF performance within satellite and DTT distribution systems.

Triax, which specialises in broadcast reception equipment, passed the test specification with its range of dSCR products.

EICS, led by DTG and CAI, has been developed through an industry collaboration of satellite and DTT platforms and equipment manufacturers. It consists of a test specification underpinned by international standards and a consumer-facing logo, which is supported by leading retailers.

Manufacturers of equipment such as receivers, dSCRs, multi switches, fibre gateways, launch amplifiers and LNBs can display the logo on their products after successfully passing the required tests. End-users, such as installers, specifiers, housing associations and platform operators can use the logo to recognise equipment that is compatible with all major satellite and TV services; and therefore interoperable with other EICS equipment.

DTG Testing (part of the Digital Television Group) will provide testing against the EICS specification at its UKAS accredited laboratory in London. CAI will operate the scheme and will include a market surveillance programme to maintain a high standard of EICS-marked equipment.

Alex Buchan, strategic technologist at the DTG, said: “DTG Testing is delighted that a major manufactuer such as Triax has joined this scheme. The continued uptake of the scheme is great news for TV platforms, manufacturers of satellite and TV distribution equipment, and installers who can select products with confidence when they see the EICS mark.”

Added CAI chairman Peter Sealey: “CAI is pleased to have worked with DTG Testing to develop this new product certification scheme, which follows on from the success of CAI’s existing cable and aerial certification schemes. This new scheme will enable our members, as well as other parts of the industry, to select the best products for their installations. The EICS mark will also enable developers, landlords and the specifiers working for them, to ensure they get systems that work as intended, when combined with CAI Codes of Practice and installation by our members.”