Ofcom hits O2 with £10.5MN fine for overcharging | Mobile | News | Rapid TV News
By continuing to use this site you consent to the use of cookies on your device as described in our privacy policy unless you have disabled them. You can change your cookie settings at any time but parts of our site will not function correctly without them. [Close] 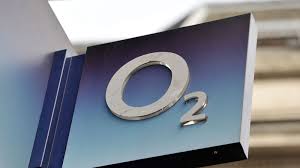 In 2019 Ofcom opened an investigation into potential issues with the way O2 was billing departing customers and found an error in the system. It showed that between 2011 and 2019, more than 250,000 customers were billed incorrectly, amounting to £40.7 million – with around 140,000 customers paying the extra charges, which came to £2.4 million.

O2 has refunded the customers affected in full, plus an additional 4%, and committed to making a donation to charity for the equivalent amount of money in the case of any customer it has been unable to reach. It has also changed its billing processes to prevent the issue arising again.

Gaucho Rasmussen, Ofcom’s enforcement director, said: “Mobile customers trust their provider to bill them correctly and fix any errors as quickly as possible. But these billing issues continued for a number of years without sufficient action from O2, and thousands of customers were overcharged as a result. This a serious breach of our rules and this fine is a reminder that we will step in if we see companies failing to protect their customers.

“O2 has refunded the customers who were affected, and we are satisfied the company has taken action to prevent this happening again.”

A spokesperson for O2 said: “We are disappointed by this technical error and sincerely apologise to customers impacted. We identified the issue ourselves and notified our industry billing auditor. We have also taken proactive steps to refund all impacted customers for the extra charges they paid.”

Commenting on the fine, Ernest Doku, mobiles expert at Uswitch.com, said: “For more than eight years, a problem with O2’s billing system led to thousands of pay monthly customers being double-charged for certain items in their final bill.

“Being accurately billed is such a fundamental part of the agreement between customer and provider, so it’s very disappointing that a systemic problem should have been allowed to go on so long. Many customers spotted the error and rightly refused to pay. But not all did, and Ofcom estimates 140,000 people overpaid by a total of £2.4 million. All of those who were not automatically refunded should now have received their money back from O2, as well as an additional 4% in compensation.

“The scale of the fine imposed on O2 shows how seriously Ofcom takes such matters, and the regulator’s decisive action sends a clear message to other mobile networks that errors with something as fundamental as billing will not be tolerated.”