Henry West - Commercial Director ~ Truespeed | Predictions for 2021 | Rapid TV News
By continuing to use this site you consent to the use of cookies on your device as described in our privacy policy unless you have disabled them. You can change your cookie settings at any time but parts of our site will not function correctly without them. [Close] 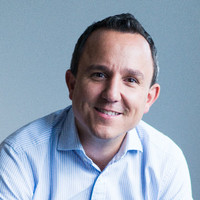 A spotlight on bandwidth

Ask anyone in the WFH gang about connectivity and they will impress on you the importance of fast, reliable broadband. Home workers’ struggles with spinning wheels and dropped video calls has led to a surge of interest in what infrastructure is required to work productively and effectively from home.  As we move into 2021 we will see this translate into home workers comparing not just upload/download speeds but also the bandwidth capacity for different packages. As bandwidth enters the consumer lexicon it will become a key differentiator for broadband services – following the lead set by the mobile phone industry where we now all buy our plans based on data, not speeds.

Mesh Wi-Fi to the rescue

Years of confusing claims by some broadband providers means there is a general misconception that advertised broadband speed guarantees apply not just to the speeds at the router but to other areas of the home served by a Wi-Fi connection too. Thick walls and the distance from the router are two of the main reasons why these expectations are often not met.

To counter this, this year we will see a surge in the adoption of mesh Wi-Fi systems, which provide a more stable Wi-Fi connection throughout the home – a boon for those home workers who don’t want to balance their laptop on top of the router to do a Zoom call. An added advantage is that these systems also allow parents to safeguard their children’s online activities, offering a range of advanced parental controls.

The adoption of these systems, with their ability to serve all areas of the home, will coincide with smart appliances such as doorbells, fridges and TVs becoming more widespread.

Commenting on a recent forecast from the FTTH Council Europe and IDATE, Vincent Garnier, Director General of the FTTH Council, suggested that a key step to help accelerate the roll-out of fibre networks in areas where the footprint is still limited is to “set up labelling or rules on advertising standards to signal the benefits of FTTH vs other technologies when consumers are confused or unconvinced of the benefits.” We couldn’t have put it better ourselves. In 2021, buoyed by growing industry demand for less obfuscation, and home workers becoming savvier about the quality (or otherwise) of their broadband service, we will see more transparency in the marketing of different flavours of fibre broadband. And, over time, a phasing out of misleading promotional and advertising messages by the part-copper brigade altogether.

Ringing in the changes with gigabit broadband at home

With many office workers expected to WFH for at least part of the week even after the threat of Covid-19 has receded, demand for homes with gigabit-capable broadband will surge. While the availability of full fibre broadband has featured as a big plus in estate agents’ particulars for a few years now, in 2021 it will become even more of a differentiator for people wanting to move out of the major conurbations and WFH in rural splendour.   And new legislation from DCMS making it mandatory for property developers to provide access to gigabit broadband infrastructure will be music to the ears for any new home buyer.