IBSBM rebrands as THEMA Northern Europe | Major Businesses | Business
By continuing to use this site you consent to the use of cookies on your device as described in our privacy policy unless you have disabled them. You can change your cookie settings at any time but parts of our site will not function correctly without them. [Close] 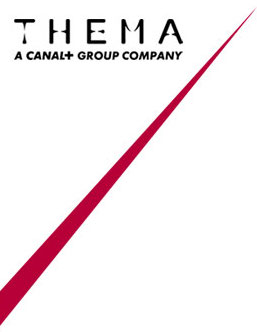 IBSBM operates in Northern Europe, working in the fields of programme distribution, marketing and media rights for over 20 years. It is a longstanding partner of THEMA, actively distributing and promoting the company’s portfolio for more than 15 years across Benelux, Nordics and German-speaking countries. In its new form, IBSBM will become THEMA’s fifth subsidiary and the parties say the move will allows THEMA to strengthen its presence as well as accelerate commercial rollouts in the region.

Menno Hidajattoellah, founder and former MD of IBSBM, will run the operations of the new subsidiary as managing director of THEMA Northern Europe, covering both TV content distribution and marketing strategy. “The relationship between IBSBM and THEMA spans already more than 15 years, and after the acquisition of IBSBM by THEMA in 2017, this is the exciting natural next step in the right direction so I’m convinced this will be to everyone’s benefit,” Hidajattoellah remarked on the move.

“The rapprochement of IBSBM with THEMA and its renaming into THEMA Northern Europe is an important step for THEMA and will strengthen our position in this region,” added THEMA deputy CEO Sylvie Michel. “The new actual scope of direct distribution with Western, Eastern and Northern Europe, Russia, Asia, USA, Canada and Latin America will benefit our clients and reinforce THEMA’s position as worldwide partner for programmers and content providers.”