First walk worldwide for Pooch Perfect | Deals | News | Rapid TV News
By continuing to use this site you consent to the use of cookies on your device as described in our privacy policy unless you have disabled them. You can change your cookie settings at any time but parts of our site will not function correctly without them. [Close]

Just days before the format gets its premiere in the UK, competitive dog grooming show Pooch Perfect has announced its first international deals for title. 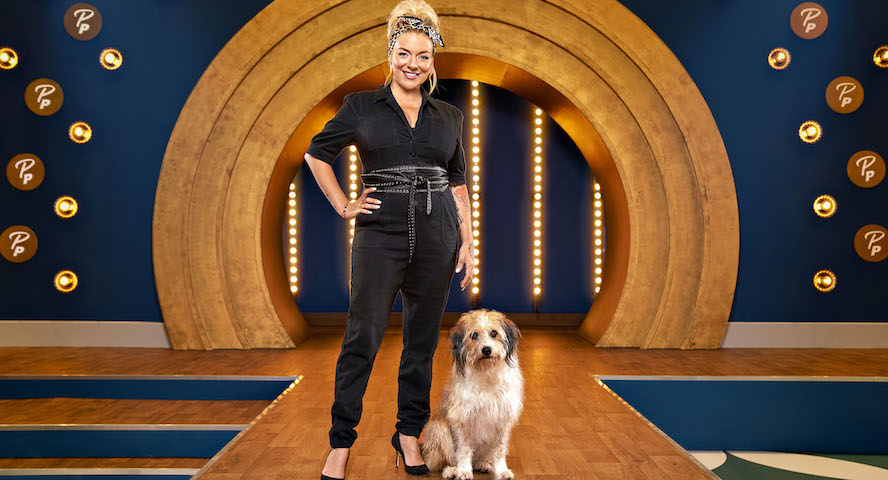 Created by Beyond Production’s UK team, the 8 x 60’ entertainment series combines a competitive reality show with man’s best friend. Each week, professional dog groomers compete in a series of heats undertaking challenges to create transformations of family pets. In every episode, the groomers reveal their creations on The Dogwalk, where two expert judges will deliberate over the week’s canine contenders, and their owners are given the chance to see their newly transformed dogs for the first time. Over the course of the heats, quarter finals, semi-final and final, the stylists are gradually eliminated until one claims the title of the nation’s Top Dog Groomer.

As well as breed standard and freestyle makeovers, the format is also packed full of useful information for dog-lovers and owners, delivering top tips on responsible ownership, fun facts about dog breeds and a guide to at-home pooch pampering techniques. In the UK series, host Sheridan Smith (pictured) will be joined by regular vet Bolu and judges Colin Taylor and Verity Hardcastle.

Format deals have been struck with Tresor TV Productions in Germany and Fabiola for the Benelux territories, while the original Australian series commissioned by Seven Network and hosted by Hollywood star and former junior dog handler Rebel Wilson, has been licensed to TV2 in Denmark, YLE in Finland, SIC in Portugal, Blue Ant Media in Canada and Quebecor in French-speaking Canada.

“At a time when Covid-19 lockdowns have seen dog ownership increase in numerous territories worldwide and broadcasters are looking to bring fun and joyful entertainment into viewers’ lives, Pooch Perfect is proving a perfect fit,” commented Simona Argenti, head of sales at Beyond Rights.

“We are delighted to have agreed early sales for the Australian version of the show and anticipate the UK series will also be of interest to many territories. But we expect the format to be the real winner. Local broadcasters can choose their own canine-obsessed celebrity hosts and focus on breeds popular in their own countries, however, its real strength lays in the fact that it is a fantastic family entertainment show, highlighting great skill, incredible reveals, dramatic competition and a powerful shot of the ‘ahh’ factor.”