Mondia brings Monsooq entertainment platform to Nigeria | Mobile | News | Rapid TV News
By continuing to use this site you consent to the use of cookies on your device as described in our privacy policy unless you have disabled them. You can change your cookie settings at any time but parts of our site will not function correctly without them. [Close]

Hot on the heels of its introduction to the continent in South Africa, mobile marketing and digital content distributor Mondia is now to launch on the Monsooq time-based entertainment platform in Nigeria. 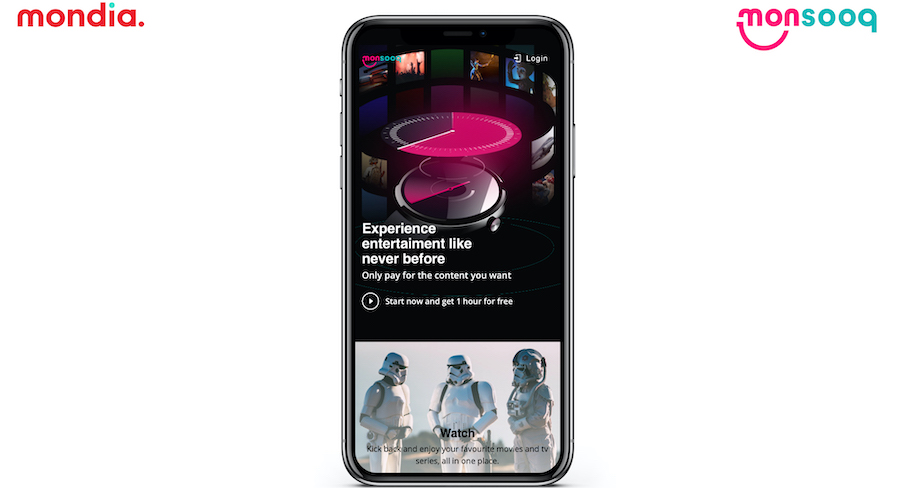 Monsooq’s unique time-based model utilises time as currency and allows consumers to buy entertainment time just as they would mobile airtime and use that time to consume any content. Whether a consumer wishes to play a game for 30 minutes while commuting, or binge a new series for six hours, they are able to load that amount of time to their profile securely using a debit or credit card. When their time ends, they simply top up with more.

New users to Monsooq will receive 60 minutes complimentary access and a 50% discount on content during the launch, after which pricing is NGN20 per hour. Programming available includes films, sports, educational content, books, series, games and music. Monsooq also features a recommendation engine to ensure consumers find the content they want.

The new deal will see Mondia aim to build the content economy and bring value across Africa as Monsooq expands. Content will be localised and customised, with a mix of local, regional and international content. The platform has partnered with leading regional content providers such as Viva Nation and Wi-flix, as well as global TV channels, sports and games providers, and offers over 20 000 hours of entertainment including, eSport and EPIC ON. In addition, Mondia will also feature its own entertainment services which are said to contain leading games and music titles. When it launched in South Africa in November, Mondia had a deal with LaLiga as a premium content partner.

Mondia regards Nigeria as a great local content hub for Africa with its media and entertainment industry, Nollywood, providing world-class content. It added that Nigeria was also currently the second-largest film producer in the world in terms of number of films.

“Africa is the next frontier in regard to digitalisation,” commented Mondia Group CEO Amadeo Rahmann. “Our extensive footprint, increasing customer base and significant experience in the region make Africa a natural choice of focus for us. African markets, especially Nigeria with its large population and growth of digital streaming services, are primed for the democratisation of content. Mondia is firmly focused on changing the way people consume entertainment.”