Star rises globally as Disney+ racks up 86.8MN subs | VOD | News | Rapid TV News
By continuing to use this site you consent to the use of cookies on your device as described in our privacy policy unless you have disabled them. You can change your cookie settings at any time but parts of our site will not function correctly without them. [Close]

The Q4 corporate announcement by the Walt Disney Company that it was putting its entertainment offers towards streaming has received complete vindication with the announcement that by 2 December 2020 the firm had signed up 137 million paid subscriptions across its direct-to-consumer (DTC) services suite. 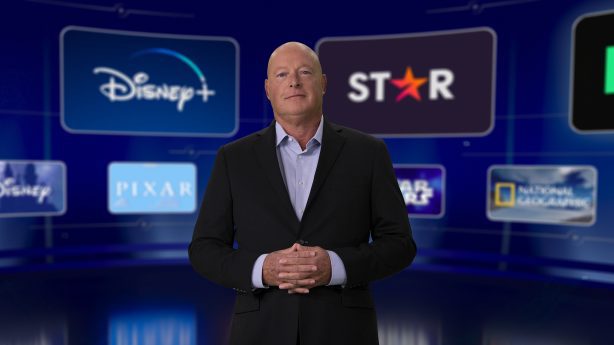 The totals announced during the Walt Disney Company’s Investor Day presentation break by a huge margin previous guidance. Leading the charge has been the incredible success of Disney+ which has generated 86.8 million Disney+ subscribers since its launch in November 2019. The Hulu OTT service has 38.8 million subscribers and ESPN+ 11.5 million.

As a result, the Walt Disney Company has increased its paid subscriptions target in 2024 to 300–350 million driven primarily by a significant increase in content output. Disney+ alone is targeting to release more than 100 titles per year.

To further boost subs, from March 2021 Disney+ will be priced in the US at $7.99 per month or $79.99 per year, while the bundle with Disney+, Hulu and ESPN+ will be priced at $13.99 per month. The company has also announced a new agreement with Comcast to bring Disney+ and ESPN+ to Comcast X1 set-top boxes and Flex platforms in the first quarter of 2021, joining Hulu which became available on these platforms in Spring 2020. Hulu customers will also be able to subscribe to ESPN+ within the Hulu user interface and access the ESPN+ line-up of sports programming from early 2021.

The other key announcement from the investor day was the company revealing more details of the Star international general entertainment content brand which will be included as part of Disney+ in select international markets, and launch as a separate streaming service in Latin America as Star+. The brand aims to build on the successful launch of Disney+ Hotstar in India and Indonesia and will serve as home to thousands of hours of television and movies from sources such as Disney Television Studios, FX, 20th Century Studios and 20th Television enhanced by local programming from the regions where available.

Star will also launch in Europe and several other markets on 23 February 2021 as a fully integrated part of Disney+, with its own branded tile and a new collection of renowned general entertainment series, films and documentaries. This will more that will double the content catalogue available to Disney+ subscribers. In Europe, the service will be priced at €8.99 per month or €89.99 per year, with a similar pricing adjustment in the other Star launch markets, including Australia, New Zealand, and Canada. The streaming service will continue its global rollout, now with Star, in new markets beginning with Singapore at the same time followed by Eastern Europe, Hong Kong, Japan and South Korea later in 2021.

In Latin America, to take advantage of the region’s portfolio of live sporting events, the company will launch Star+ as a standalone streaming service. Star+ brings together a Star content collection, local original productions and live sports from ESPN, including top football leagues and grand slam tennis.

“The tremendous success we’ve achieved across our unique portfolio of streaming services, with more than 137 million subscriptions worldwide, has bolstered our confidence in our acceleration toward a DTC-first business model,” said Walt Disney Company chief executive officer, Bob Chapek speaking on the investor day. “With our amazing creative teams and our ever-growing collection of the high-quality branded entertainment that consumers want, we believe we are incredibly well positioned to achieve our long-term goals.”
Tweet