DAZN goes live in 200 countries and territories | Programming | News | Rapid TV News
By continuing to use this site you consent to the use of cookies on your device as described in our privacy policy unless you have disabled them. You can change your cookie settings at any time but parts of our site will not function correctly without them. [Close]

What is described as a packed boxing schedule has seen leading global sports destination DAZN embark upon a major global rollout and become available in more than 200 countries and territories. 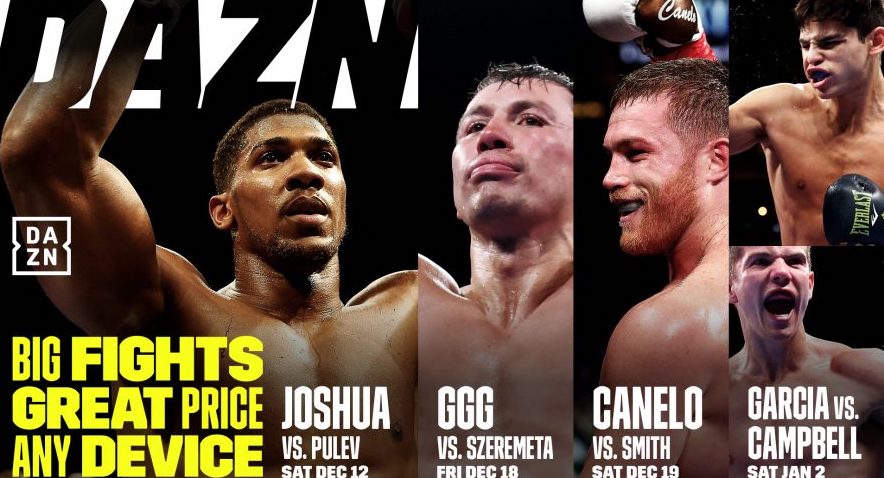 Gennadiy “GGG” Golovkin will look to make history on 18 December when he attempts to make a record 21st defence of the middleweight title against Kamil Szeremeta and the next day later pound-for-pound champion Canelo Alvarez returns to the super middleweight division to face undefeated champion Callum Smith.

Into the new year, Ryan García will be looking to stamp his authority on the division on 2 January against the battle-hardened Olympic gold medallist Luke Campbell for the interim WBC lightweight title.

As well as a fight schedule, DAZN’s global platform features an archive of classic fights, athlete features and a slate of original programming including 40 DAYS, Saturday Fight Live and ONE NIGHT. DAZN says that it is committed to adding more sports and sports content to the global service from 2021.