Salto takes more than 100 hours of ITV Studios drama | Deals | News | Rapid TV News
By continuing to use this site you consent to the use of cookies on your device as described in our privacy policy unless you have disabled them. You can change your cookie settings at any time but parts of our site will not function correctly without them. [Close]

In the latest of the production house’s wins with such content, ITV Studios has sold a range of French and English language drama to the recently launched French SVOD service, Salto. 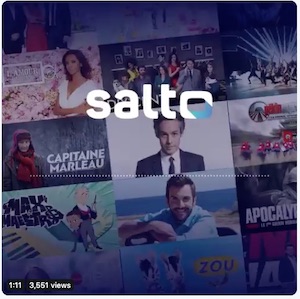 Developed by France Télévisions, M6 and TF1, and launched in August 2019 a year after first being officially proposed, Salto offers live and catch-up access to a variety of content spanning news, magazines, special events, sports, entertainment, French fiction, US series, documentaries and cinema. In addition to aggregating content from its founders, the service has now acquired a range of premium scripted content produced by Tetra Media Studios, ITV Studios France (ITVS France) and Jeff Pope’s Factual Drama label - all part of ITV Studios.

The package includes seven seasons of Tetra Media Fiction’s long-running, multi award-winning World War Two period drama The Line (Un Village Français). Created by Frédéric Krivine, Philippe Triboit and Emmanuel Daucé it was the winner of the Historia Award in 2018 and Best French series at Séries Mania 2013, among several others. The Line is produced by Tetra Media Fiction and Terego for France 3.

“We are delighted to partner with Salto to bring these successful and iconic French drama series to a new domestic audience,” remarked Ruth Berry, managing director global distribution at ITV Studios. “We’re also pleased to have a new home for our iconic British crime drama, many more of which are in the pipeline for 2021.”