Inadequate home internet speeds contributing to UK ‘digital divide’ | Media Analysis | Business | News | Rapid TV News
By continuing to use this site you consent to the use of cookies on your device as described in our privacy policy unless you have disabled them. You can change your cookie settings at any time but parts of our site will not function correctly without them. [Close]

Analyst firm Global Wireless Solutions has uncovered evidence of a stark ‘digital divide’ in the UK when it comes to home internet connections. 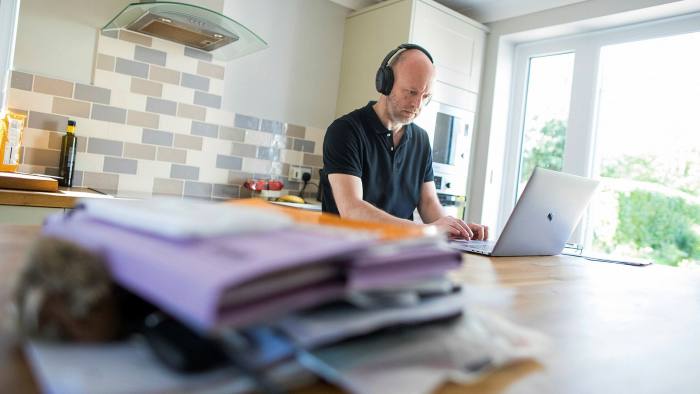 With the country still under lockdown due to the pandemic, and more people relying on video for working and communicating with family, friends and colleagues, 30% are suffering from inadequate throughputs – download speeds lower than 2Mbps or upload speeds lower than 1 Mbps. According to Ofcom, speeds higher than 10Mbps for download and 1Mbps for upload are considered a “decent” broadband service; using this criterion only 64% of homes have “decent” service.

For the study, Global Wireless Solutions tested the speeds of home internet connections in more than 2,000 households along with conducting consumer research into how home internet performance has impacted people over the course of the pandemic. The study primarily involves ISPs, as 89% of the homes tested and surveyed use their home broadband network to connect to the internet, as opposed to their mobile network.

The findings from the report suggest that there is a noticeable ‘digital divide’ in the UK, with inequalities of home internet performance impeding some consumers’ abilities to work and stay connected during the ongoing pandemic and lockdown periods. When connected to their home internet, 62% of all respondents reported experiencing a range of issues from being unable to load websites, stream videos or connect to video conferences. Due to these problems, 52% of respondents claimed they felt isolated at some point during the first national lockdown.

Meanwhile, half of the respondents admitted to feeling ‘judged’ about their competency if their network doesn’t hold up when speaking to colleagues in a work setting from home. The findings suggest that this is not just about feeling incompetent, as 37% of respondents said they also questioned their colleagues’ competence when they see them suffering from connectivity issues; this figure increased to 55% in Greater London, suggesting that those in the capital are less tolerant of connection issues.

As the country’s reliance on video conferencing has grown, people are most likely to worry about network performance on video or voice calls, as 34% have had problems with video calling and conferencing over the last few months.

People are also relying increasingly on the availability of their mobile signal at home. When experiencing poor connectivity during a video call, 20% of all consumers said that they switch from their Wi-Fi to their mobile network.

Paul Carter, CEO, Global Wireless Solutions said: “The fact that a third of homes in the UK don’t have sufficient speeds to perform routine tasks is disappointing. It’s a real eye-opener, particularly at a time when everyone is at home and relying on their networks more than ever. Like it or loathe it, life as we know it has changed and having a sufficient internet connection is essential for being able to work and live. Without reasonable throughputs, consumers risk feeling disconnected, frustrated, and anxious.

“But there is hope. While it’s unsurprising that people who have poor internet connections will change broadband providers when they can, we’re also seeing people willing to switch to mobile which most likely indicates that indoor mobile coverage is improving over previous years. This will only be intensified by the rollout of 5G around the country. We have been testing the performance of 5G in cities across the UK and we are already seeing promising speeds within urban areas. As such, 5G should be a potential solution to the problems that so many homes are currently experiencing throughout the UK. This is probably why savvy consumers are already heralding it as the future to help fix the nation’s digital divide.

“In addition, consumers in the UK should know that, per Ofcom, they have a right to request a decent broadband service. Many of the participants in our study may want to consider this or go completely wireless and work through their mobile operator.”